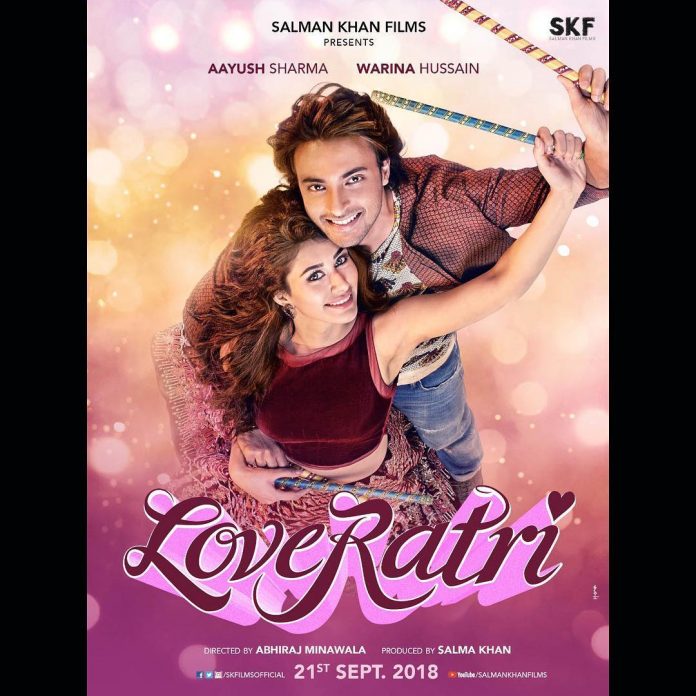 Warina was introduced by Salman Khan in a unique way when he Tweeted, “Mujhe Ladki Mil Gayi.” But then Salman clarified that he has found the female lead for Aayush Sharma’s film Loveratri. Warina, who is seen in the Cadbury Silk commercial, will be making her debut in Bollywood with Aayush Sharma.

Aayush in the film will be seen playing the role of a Gujarati boy while Warina will be playing a ballet dancer and his love interest. The background of the poster is filled with pink and orange and the two can be seen cuddling close with each other with a dandiya stick in hand. Aayush looks handsome in a printed shirt and a pair of denims while Warina is seen in a maroon velvet crop top and a lehenga.

The poster was tweeted by Salman Khan and said, “Yeh Valentines Day par wishing everyone #Loveratri. @aaysharma @Warina_Hussain @SKFilmsOfficial.” Aayush and Warina’s chemistry looks fabulous and the audience cannot wait for the film to be released. The film is directed by Abhiraj Minawala and produced by Salman Khan and is due to be released in theatres on September 21, 2018.
Photo Credits: Instagram