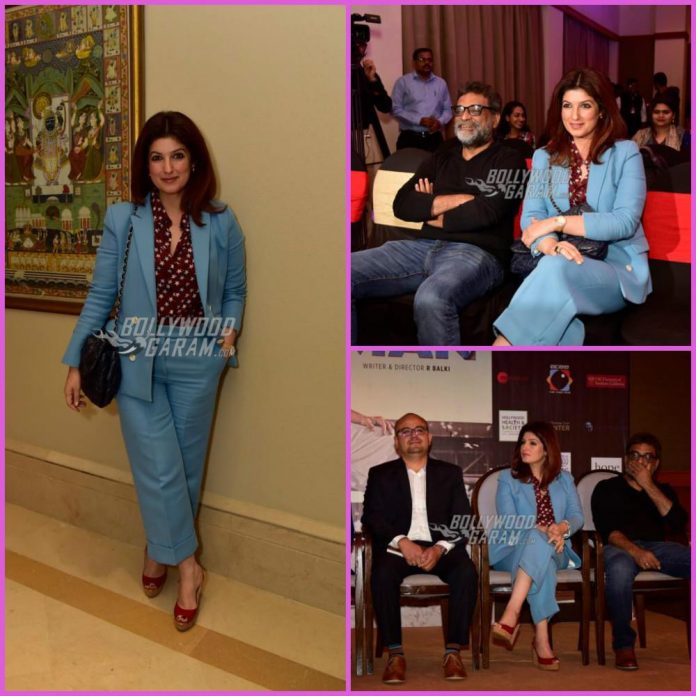 Akshay Kumar, Sonam Kapoor and Radhika Apte starrer flick Padman released in theatres on February 9, 2018. Twinkle Khanna, who made her debut as a producer, promoted the film at an event in Mumbai on February 14, 2018. The actress turned producer looked great as she interacted with the media and audience.

Twinkle looked great in a sky blue pant suit and a printed maroon shirt. The film is directed by R Balki and is a biopic on the low-cost sanitary napkin inventor Arunachalam Muruganantham. The director was also present with Twinkle for promotions. Twinkle during the media interaction as asked if Akshay was the first choice for Padman.

The producer said, “At first, I was thinking of making the film with a smaller budget. Our cinema is divided between commercial and alternative cinema, so I thought I will probably make something in the latter space. Honestly, a documentary reaches only limited people and some film festivals. The point here is not to just educate the educated, but to also educate the uneducated.’’