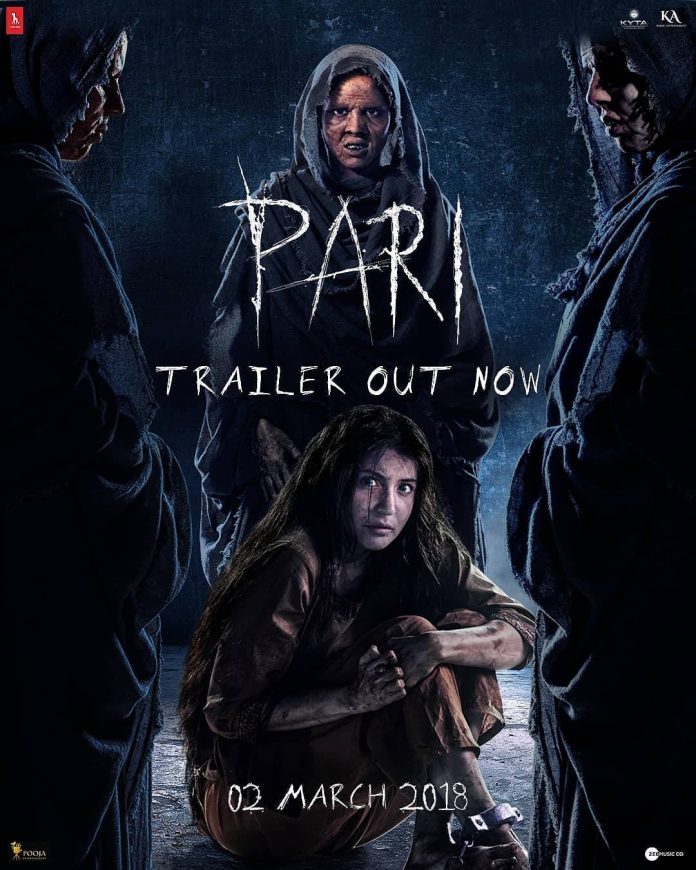 After a few teasers and posters, the makers have finally unveiled the trailer of the film Pari. Anushka Sharma, has this time ventured in to the horror genre and the trailer will surely leave the audience wanting for more. People who love to see horror, can look forward for the upcoming production by Anushka Sharma.

If the first look and posters made you scared, the trailer is something you should not miss. The trailer has shown Anushka playing the lead, and has given a slight idea about her character. Anushka is shown as an abandoned girl while Parambrata Chatterjee decided to bring her home. While Anushka’s character constantly tries to tell someone is trying to kill her, Chatterjee tries to get to the bottom of the fact.

A voice even tries to warn Parambrata’s character about the girl. Anushka can be seen in various scary positions while hanging upside down from the window and sitting on the edge of the balcony. The film Pari is directed by Prosit Roy and jointly produced by Anushka, Karnesh Sharma, Prerna Arora and Arjun N Kapoor.

Music has been composed by Anupam Roy and will be released under the banners of Clean Slate Films, KriArj Entertainment and Kyta Productions. Pari will be released in theatres on March 2, 2018.