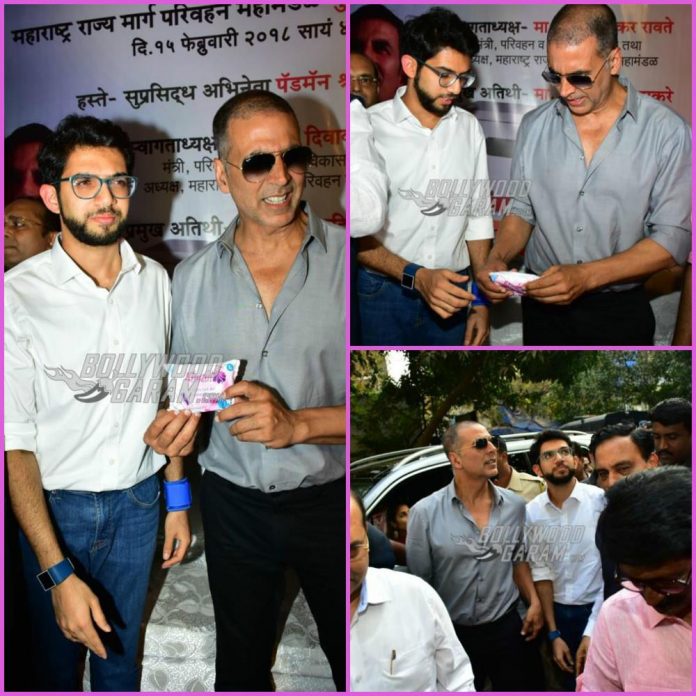 Akshay Kumar starrer Padman is running successfully all over with great reviews from the audience and critics. The actor is seen playing the role of Arunachalam Muruganantham, the maker of low-cost sanitary pads for women. Akshay inaugurated a pad vending machine in Mumbai on February 15, 2018. The inaugural event also saw the presence of Aditya Thackeray.

The Khiladi star looked great in a grey shirt and black pants and continued with his bald look with shaded glares. Akshay during the promotions and inaugural event was asked if Padman was his toughest role yet to which he said, “Toughest… physically, no, but career-wise, yes. This is a very sensitive yet brave subject, which needed my utmost care and attention. It was tough in the sense I had to become the ‘man’ that women really needed me to be, and I didn’t want to let anyone down. Being Pad Man takes courage. I not only had to experiment with myself, but also had to learn the ins and outs of sanitation and menstruation.”

Padman is directed by R Balki and produced by Twinkle Khanna and hit the theatres on February 9, 2018.