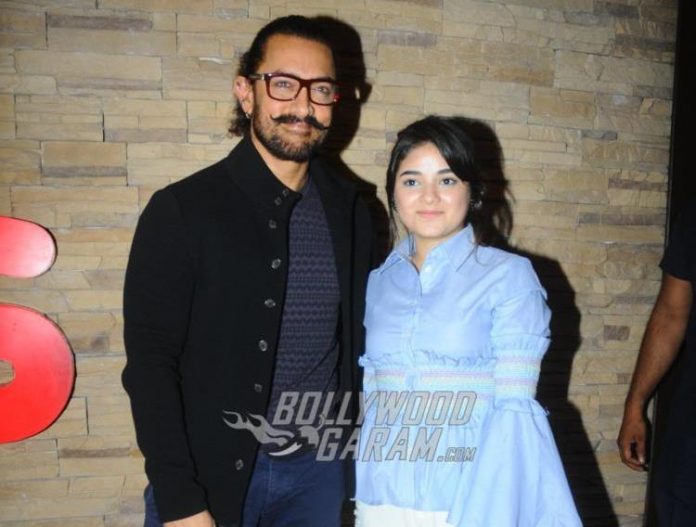 Secret Superstar which starred Aamir Khan and Zaira Wasim in lead roles, won the hearts of the audience and critics. After having a successful run at the box office in India, the film has crossed the mark of Rs. 600 crores in China only.

Aamir in the film played the role of a music composer while Zaira was seen playing a teenager who has a secret desire to become a superstar. As the film faces an immense success, Aamir Khan will soon be hosting a grand success bash. Reports say that the film’s team had demanded a party since a long time, but since Aamir was busy with the shooting of Thugs Of Hindostan, it could not be materialized.

However, the bash will be an intimate one and the guest list will include Zaira, Advait Chandan, the entire cast and crew of Secret Superstar, friends and directors from the industry including Nitesh Tiwari and Rajkumar Hirani. The party will be held on February 21, 2018. Aamir Khan is shooting for Thugs of Hindostan, but will be shooting throughout February 20 and the day time of February 21, so that he can host a party on 21st night.