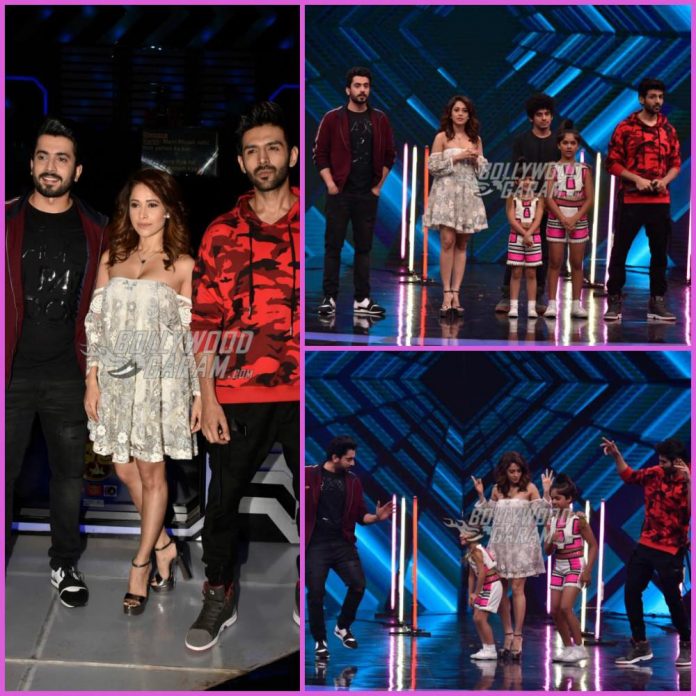 While the film Sonu Ke Titu Ki Sweety is gearing up for a release, the lead actors are busy promoting the film on different platforms. Nushrat Bharucha, Kartik Aryan and Sunny Nijar visited the sets of the popular dance reality show Super Dancer Chapter 2 in Mumbai on February 19, 2018.

The show also saw the judges Shilpa Shetty, Anurag Basu and Geeta Kapoor. The lead actors of the film had a great time interacting with the judges and the contestants of the show. Shilpa on the sets of Super Dancer looked pretty in a green fusion sari while Geeta Kapoor was seen in an ethnic outfit. The upcoming film is directed by Luv Ranjan, who also helmed Pyaar ka Punchnama and its sequel.

The trailer of the film has already garnered a lot of attention from the audience. The film also stars Alok Nath, Deepika Amin, Ayesha Raza and Virendra Saxena and is due to be released in theatres on February 23, 2018.