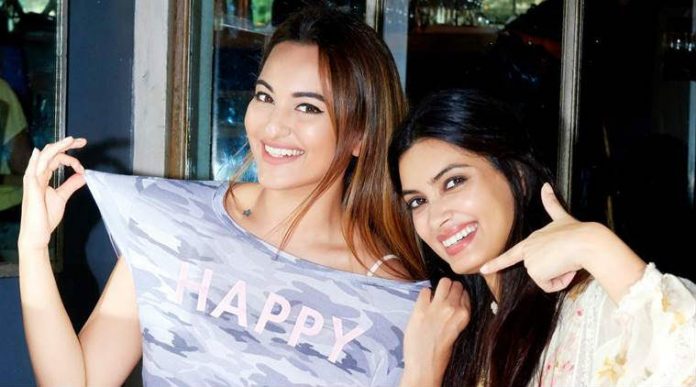 After the success of Happy Bhaag Jayegi, the makers have planned a sequel Happy Phir Bhaag Jayegi. This time the sequel will have Sonakshi Sinha, who will soon join Diana Penty for the shoot.

The makers announced the sequel in October 2017 and Sonakshi had Tweeted, “It’s one big HAPPY family!!! Can’t wait to kickstart this journey @aanandlrai @mudassar_as_is @DianaPenty #happybhaagjayegireturns.” Now the makers have also announced the release date of the film. The film Happy Phir Bhaag Jayegi will be released in theatres on August 2, 2018.

Happy Bhaag Jayegi was a fun comedy flick which had Abhay Deol and Diana Penty’s amazing equation. The story was about Happy played by Diana who runs away from her wedding and lands up in Pakistan accidentally. The film was directed by Mudassar Aziz and also starred Jimmy Shergil, Ali Fazal,Momal Sheikh and others. Happy Bhaag Jayegi got positive reviews and did a decent business at the box office.