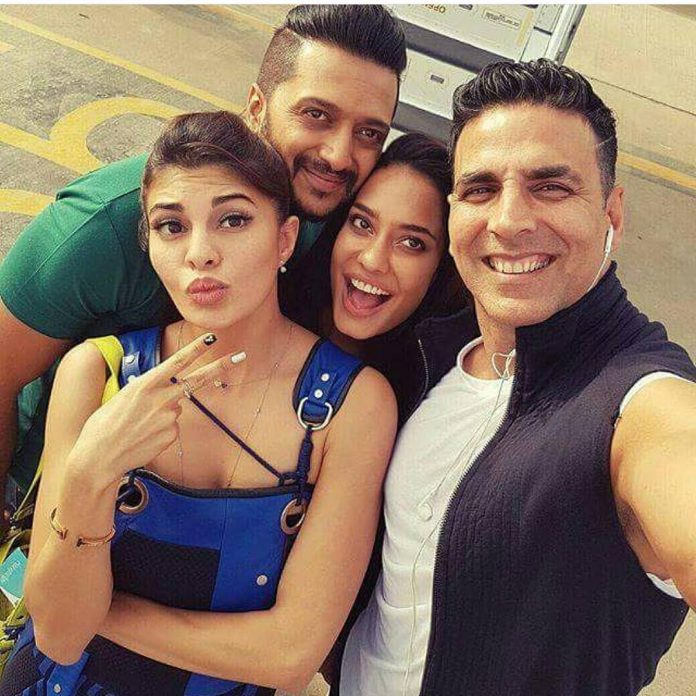 Akshay Kumar spread some important social messages through his films Toilet: Ek Prem Katha and Padman. Now the actor is planning to get back to what he does the best. Akshay will soon begin work on the upcoming installment of the franchise Housefull. The fourth film in the line is expected to be release during Diwali, 2019.

The film will also star Riteish Deshmukh and Abhishek Bachchan. Akshay while talking about Housefull 4 said, “It’s been a while since I have done a full-on comedy film. It’s a genre that I really enjoy working in. I am looking forward to that film. Housefull 4 is going to be like a three-month vacation. For me, it’s like a reunion of old friends.” The Khiladi star also expressed that he does not want to limit himself with a particular genre as he does not want the media to typecast him.

Akshay added that earlier he was tagged as an action hero and could not experiment as the audience would not accept him in a different avatar. The Padman actor added that the phase of his career had impacted him deeply which is why he constantly changes the kind of films he does. Housefull 4 will be directed by Sajid Khan and will be based on the concept of reincarnation.

Sajid had directed the first and second part of Housefull while the third was directed by the director duo Sajid-Farhad. The film will be produced by Sajid Nadiadwala and is expected to be released in theatres in Diwali 2019. Akshay was last seen in the film Padman which was a biopic on Arunachalam Muruganantham, who made low-cost sanitary pads for the women in the rural areas, who could not afford expensive sanitary pads. The film was produced by Twinkle Khanna and directed by R Balki. Padman also starred Sonam Kapoor and Radhika Apte and did a decent business at the box office.