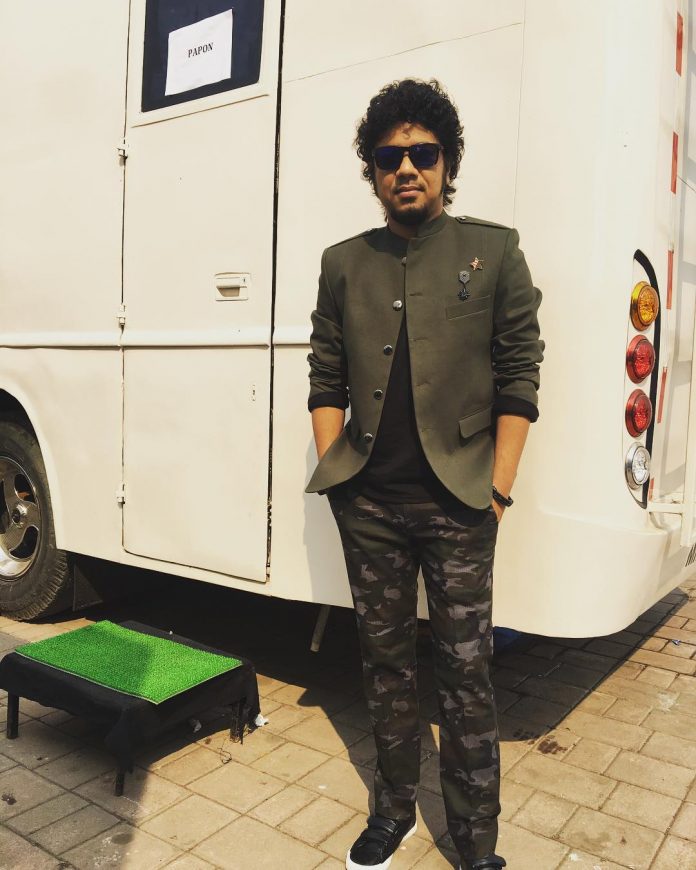 Popular singer Angarag Papon Mahanta, recently shared a video which has put him in deep trouble. The singer, who is a mentor on the singing reality show Voice India Kids, is facing a complaint for allegedly kissing a minor female contestant forcibly.

The video posted by Papon has shown the singer applying some color on the girl, and then kissing her. A Lawyer Runa Bhayan, after watching the video spoke about the incident to a popular portal stating, Bhayan said, “I am shocked to see the behaviour of the said singer Angarag Papon Mahanta towards a minor girl where he is seen to be applying colours on a minor girl and inappropriately kissing the said girl. On seeing the video, I am seriously concerned regarding the safety and security of minor girls participating in reality shows across India.”

On the other hand the girl’s father issued a statement and requested the media channels not to drag the issue. The reality show Voice India Kids airs on &TV.