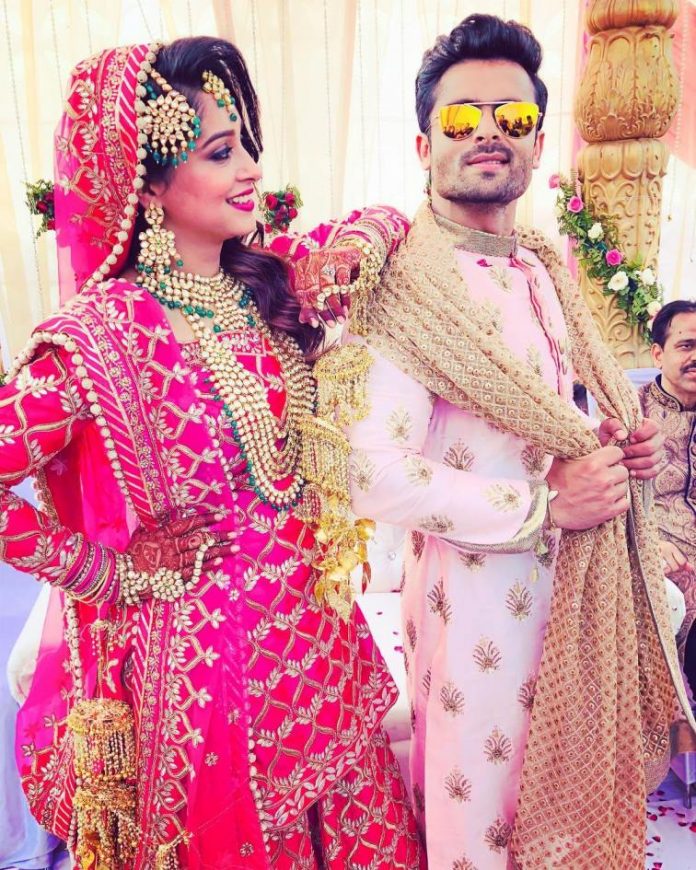 TV stars Dipika Kakkar and Shoaib Ibrahim, who got engaged during their stint on the reality show Nach Baliye, got married in a lavish wedding ceremony in Maudaha, a town near Lucknow on February 22, 2018. The couple got married in a Nikah ceremony which was attended by just a few friends and family members.

The wedding ceremony saw the bride Dipika in a gorgeous pink sharara with kundan jewellery while the groom Shoaib looked dapper in a cream and golden sherwani. The wedding venue was the same place where Shoaib’s parents got married and that made it even more special for Shoaib and Dipika.

The couple shared some gorgeous and adorable pictures through their social media accounts. Shoaib and Dipika reportedly wanted to have a lavish wedding ceremony later this year but their families wanted the wedding to be pre-poned.

Moreover, the families also decided to have a wedding in the same house where Shoaib’s parents got married. The occasion also marked Shoaib’s return to his hometown after ten years. Shoaib had surprised Dipika during their stint on the dance reality show Nach Baliye by proposing her in front of the audience and the judges.

I can see the reflection of Mrs Dipika Shoaib Ibrahim in his eyes.. and its all I ever dreamt off!!! P.S. @shoaib2087 I love you!!! #dodilmilrahehain