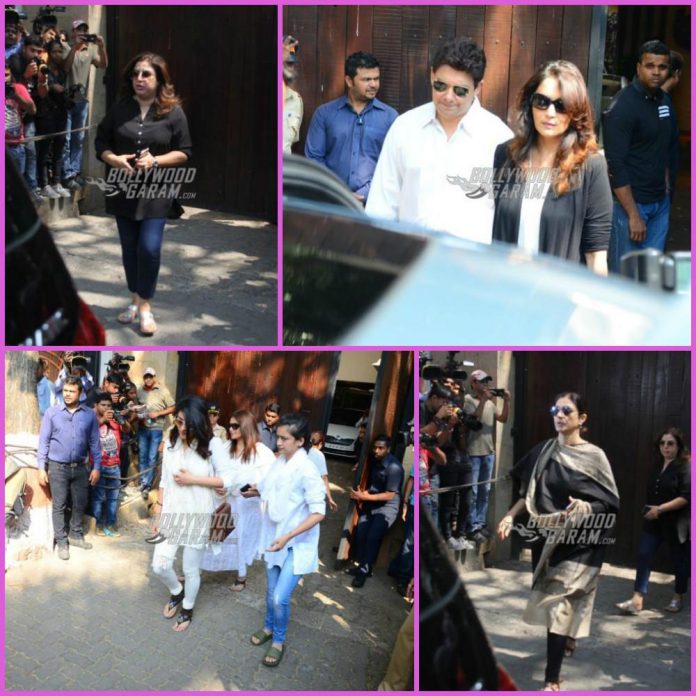 South superstars Venkatesh and Resul Pookutty were also seen visiting Anil Kapoor’s residence in Mumbai. Talking about Sridevi’s cause of death, some of the recent reports have claimed that the forensic reports have mentioned the cause of death as accidental drowning. Choreographer Saroj Khan, who has worked with Sridevi in the song Hawa Hawai from Mr. India was seen with teary eyes as she came out.

The mortal remains of the actress are expected to be brought back to Mumbai on February 26, 2018 after which a funeral will be held. The actress was in Dubai to attend wedding festivities of Mohit Marwah with husband Boney Kapoor and daughter Khushi Kapoor.