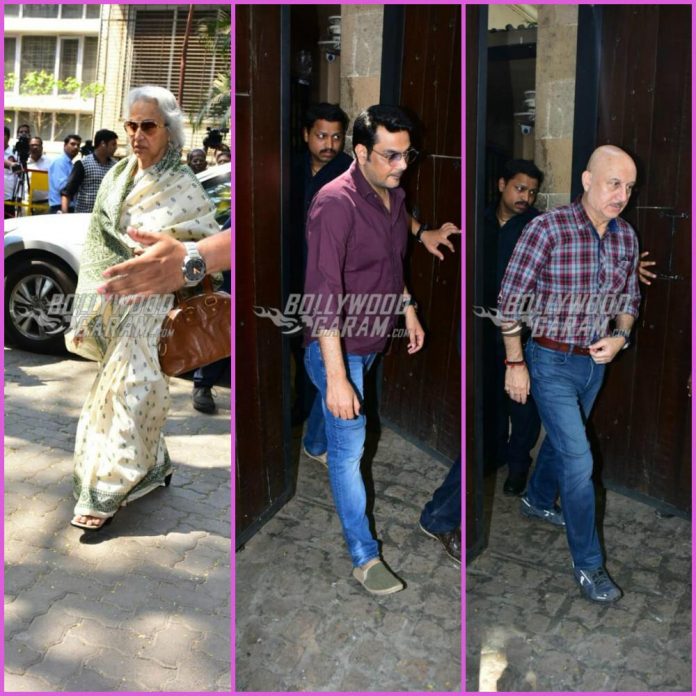 The mortal remains of veteran actress Sridevi has been handed over to the bereaved family after completing all the essential formalities. The UAE media has reported that the embalming process has been completed and the body is now being taken to the airport. Boney Kapoor along with Sridevi’s body is expected to arrive by 10 PM and the funeral will be conducted in the afternoon on February 28, 2018.

The death case of Sridevi had taken a new twist on February 26, 2018, when it was reported that the actor died of accidental drowning and not cardiac arrest. Boney’s son Arjun Kapoor is reportedly in Dubai to help father to complete all the formalities. Sridevi’s body is now being taken to the airport after completing the embalming process. There were also reports that producer Boney Kapoor was summoned by the Dubai Police for questioning, but then it was confirmed that Kapoor was not summoned but was just questioned at the time of discovery of Sridevi’s body at the hotel room.