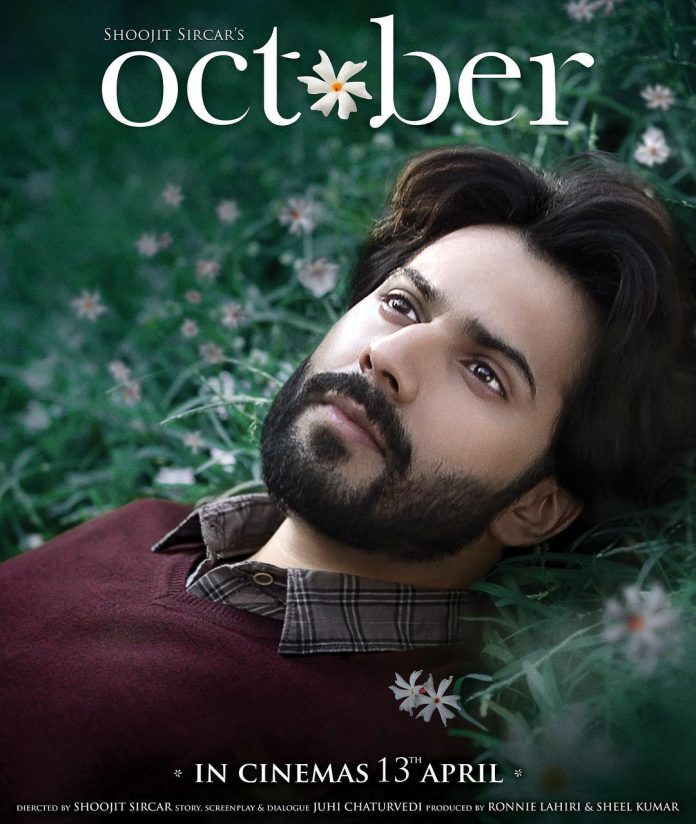 Bollywood actor Varun Dhawan unveiled the first look of his film October through his Instagram account. The poster has shown Varun with a full-bearded look as he looks towards the sky while lying down on the grass.

Varun’s look from the film has given an idea of the intensity of his character in the Shoojit Sircar helmed film. The actor captioned the poster, “#OctoberFirstLook. October will live with you forever.@ShoojitSircar @ronnielahiri @writeonj @BanitaSandhu” The film will mark the first outing of Varun Dhawan’s first outing with filmmaker Shoojit.

October will also mark the debut of actress Banita Sandhu. Varun in a recent interview was all praises about his co-star Banita and said, “Banita is someone that I’m so fond of. I can definitely say that she’s done an incredible job. The amount that she has given to this film, very rarely an actor gives that. You give so much and then there’s that extra percentage where you don’t give because it can harm you also. But, she went for it.”

October is an upcoming romantic drama flick which is produced by Ronnie Lahiri and Sheel Kumar and is due to be released in theatres on April 13, 2018. The makers wrapped the shoot in just 38 days.