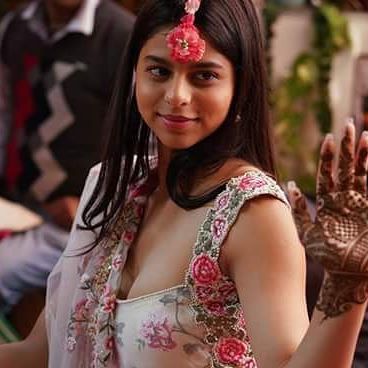 While star kids Janhvi Kapoor and Sara Ali Khan have secured their places in Bollywood with their respective upcoming projects, Shah Rukh Khan’s daughter Suhana Khan too has bagged her first project. The young star kid is currently schooling in London and will soon begin preparations for a magazine shoot.

The news was unveiled by an excited mother Gauri Khan at a recent awards ceremony and said, “Suhana will be shooting for a magazine, I don’t want to reveal the name, and that’s the most exciting thing I am looking forward to.” Father Shah Rukh Khan has earlier spoken about daughter Suhana’s love for acting.

During the promotions of his film Jab Harry Met Sejal, the star said that she wants to become an actress and that he sees that passion in her and that he has also seen her performances on stage. The Veer Zaara actor added, “She’s admittedly a cinema fan and wants to be in the industry. But my point is simple – you need to complete your education before doing anything. That’s the only thing I have told my children.”

Suhana Khan in recent times has made a few gorgeous appearances at public events and has grabbed a lot of attention for her looks. Mother Gauri too keeps posting a few dazzling pictures of daughter on the social network. It will be exciting to see Suhana take over a few Bollywood projects in future. There were many rumours of Suhana taking up a project in Bollywood when she was snapped at Karan Johar’s office with hair stylists and a make-up person, however nothing has been confirmed yet. On the other hand late actress Sridevi’s daughter Janhvi Kapoor is back to work on the sets of her debut film Dhadak, while Sara Ali Khan is also looking forward for her upcoming debut Kedarnath directed by Abhishek Kapoor.