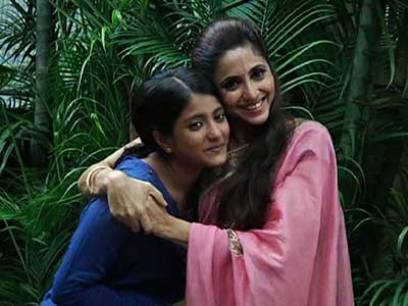 Entertainment channel Zee TV has launched the show ‘Khelti Hai Zindagi Aankh Micholi’ on September 6, 2013 and the whole cast was present at a press meet at the Orchid Hotel. The show will mark the return of the actress Gautami Kapoor and will also have the young actor Ulka Gupta, who played the role of Jhansi Ki Rani, in the show of the same name.

The new series is produced by Zee TV’s in-house production Essel Vision. The series is based on the journey of an average girl, after her father’s death. The series will feature Gautami opposite Manav Gohil. The show’s press meet had the entire cast except Manav, as the actor is currently shooting for ‘Devon Me Dev Mahadev’.