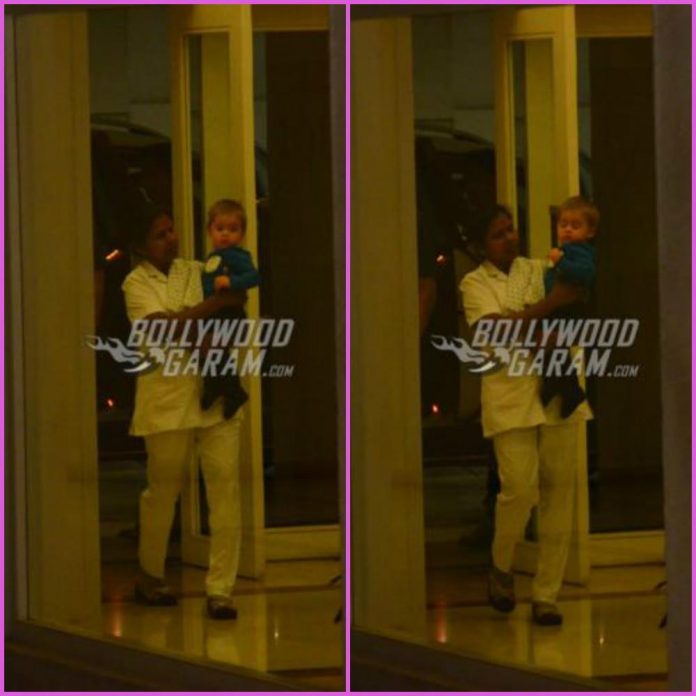 Producer Karan Johar’s twins Yash Johar and Roohi Johar are among the popular star kids in Bollywood. The little munchkins, who recently turned one, were snapped outside their house in Mumbai on March 13, 2018.

Yash and Roohi were snapped with their nannies and looked cute as they entered the house. The producer welcomed his twins on February 7, 2017 through a surrogate mother. Since then Karan has been vocal about the joys of being a parent and keeps sharing cute pictures of his children on the social media.

Karan in an interview was asked if being a father to Yash and Roohi for more than a year has changed him to which he stated, “Well, it hasn’t changed me, it just made me happier. If that’s a change, then that’s a welcome change. I m just happier and much more satisfied with my existence.” The producer and director added that it gave him a big reason to live with a certain amount of energy.

On the work front, Karan is co-producing a number of films including the ambitious project, Brahmastra, which is a trilogy which stars Alia Bhatt and Ranbir Kapoor.