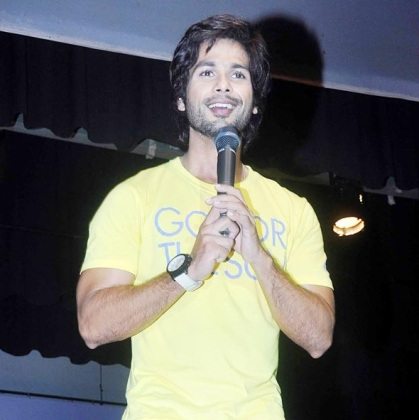 The ‘Jab We Met’ actor will be seen playing a huge fan of Salman Khan in the movie. At the event, Kapoor was spotted dressed in a casual T-shirt and denim.

The movie is all set to be released on September 20, 2013. In the movie, Shahid will be seen opposite actress Ileana D’Cruz. Ileana made her Bollywood debut with the movie ‘Barfi’, opposite Ranbir Kapoor. The movie is produced by Ramesh Taurani, Ronnie Screwvala and Siddharth Roy Kapur.