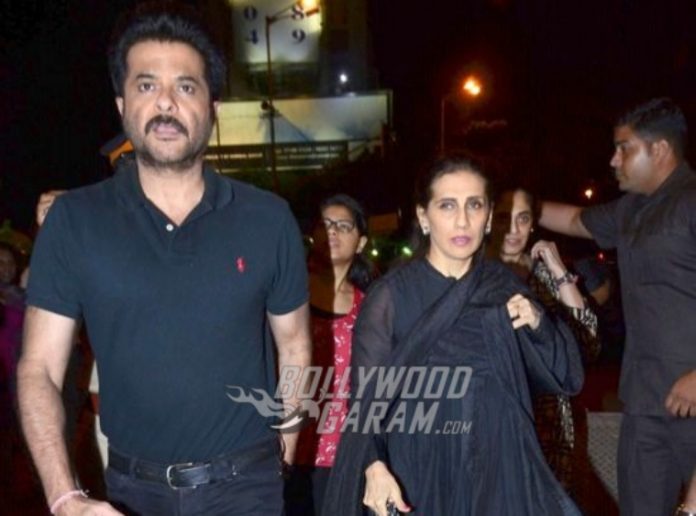 Sonam Kapoor and Anand Ahuja’s wedding is the much awaited ceremony to be held on May 8, 2018. While preparations are on, the media has stationed themselves outside Sonam’s residence. However, Sonam Kapoor’s mother, Sunita Kapoor has been gentle and treats the cameramen outside with water and cold drinks.

One of the photographers, who has been covering the activities at Anil Kapoor’s residence said, “Sunitaji makes sure we get water or cold drinks. If Sonam tells us not to click a picture, we will not because the Kapoors have been really nice to us.”

Now this is something really generous and kind of Sunita Kapoor, who might also be busy looking after the preparations of her daughter’s wedding. The wedding ceremony of Sonam and Anand will take place on May 8, 2018 at Sonam Kapoor’s aunt Kavita Singh’s residence. The ceremony will be solemnized between 11am to 12:30 am. Anand and Sonam will be getting married inside a temple in the bungalow. The dress code for the ceremony is Indian traditional.

As per reports, Sonam who is looking forward for her upcoming film Veere Di Wedding, will be getting back to work soon after her wedding for promotions. The film also stars Kareena Kapoor, Swara Bhaskar and Shikha Talsania and will be released in theatres on June 1, 2018.