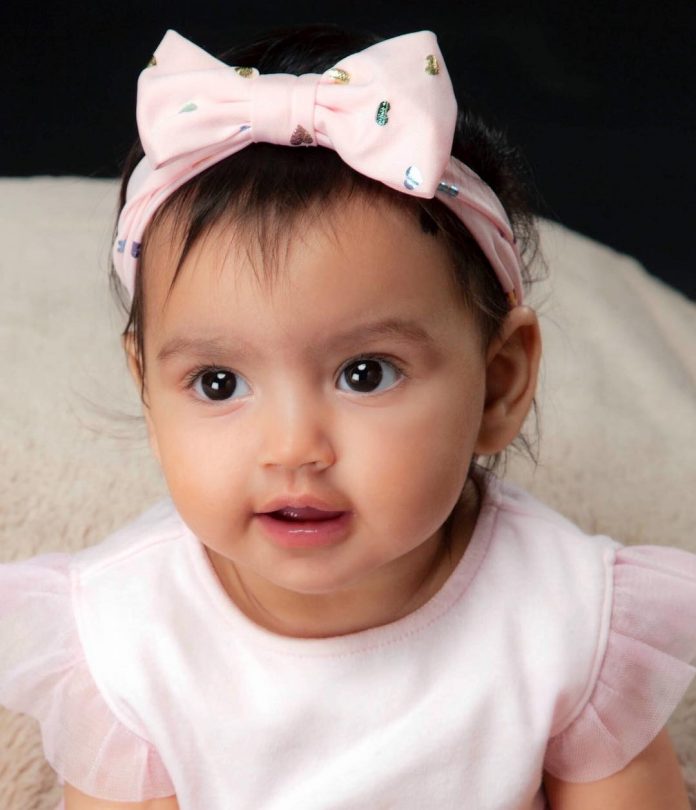 Esha Deol, who is married to businessman Bharat Takhtani, gave birth to baby girl Radhya Takhtani in October, 2017. The actress has been sharing a few glimpses of her daughter and the fans have been waiting for the official picture of the little one. Esha shared the first official picture of daughter Radhya through her Instagram account.

The Yuva actress wrote a caption, “Radhya Takhtani .. Our Darling Daughter”. The little one in the picture can be seen in a pink outfit with a pink bow headband. Esha’s grandmother Hema Malini in a recent interview had expressed her happiness in an interview with a leading daily and said, “It’s such a beautiful feeling to become a grandmom again! I am very excited right now. Even Dharmendra ji is very happy. Esha is doing well, and the newborn baby girl, whom Esha and her husband Bharat Takhtani have decided to name Radhya, is so sweet and lovely-looking, like a little doll!”

Esha has been away from Bollywood films for a while but made a few appearances in a Kannada and Telugu film. The actress is now preparing for her upcoming film Cakewalk which is currently in the pre-production stage. Esha got married to her childhood sweetheart Bharat Takhtani on June 29, 2012.