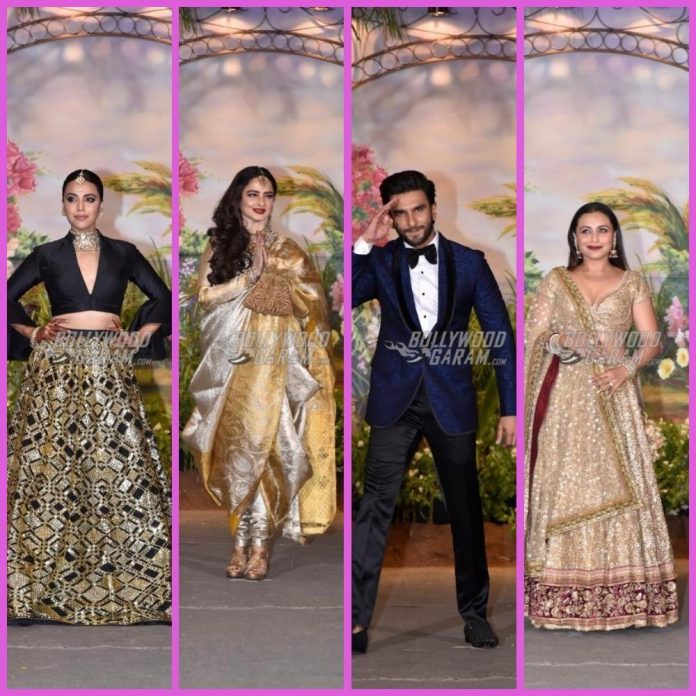 Stars from Bollywood descended at the grand reception of newly-weds Sonam Kapoor and Anand Ahuja in Mumbai on May 8, 2018. Friends, colleagues and family members graced a grand reception hosted at a plush hotel in Mumbai. From Shah Rukh Khan, Shahid Kapoor, Salman Khan to Madhuri Dixit, Kangana Ranaut and Rekha, everyone appeared in their best traditional outfits for the reception.