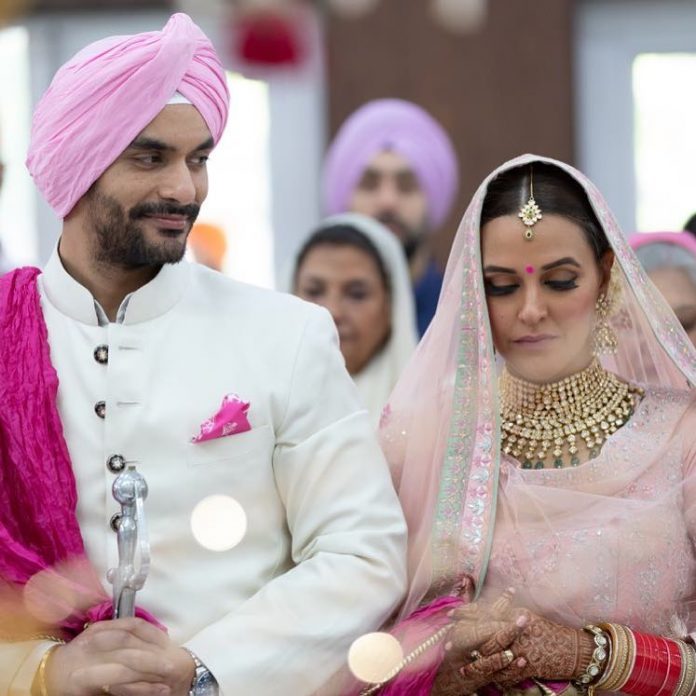 Neha Dhupia and Angad Bedi surprised fans with the sudden news of their wedding in Delhi on May 10, 2018. The newly-weds released an official statement on May 10, 2018 after the wedding and stated that they had planned the wedding earlier this year.

The couple shared a few pictures from the wedding on their social media accounts. Neha shared a picture and captioned, “Best decision of my life.. today, I married my best friend. Hello there, husband! @angadbedi”. There were rumours that the two were dating each other but the two never came out in open about their relationship.

The couple released a statement which said, “Marrying your best friend is one of the greatest feelings in the world, and we are extremely fortunate to have found love in each other. It has been a beautiful journey knowing each other and after formalizing the wedding earlier this year, today, we exchanged our vows in a beautifully simple, private and intimate Anand Karaj ceremony in Delhi.” Neha and Angad also said that they would be hosting a reception for their friends and colleagues in Mumbai in the upcoming weeks.

As soon as the news about their wedding broke, congratulatory messages started pouring in from the film fraternity.