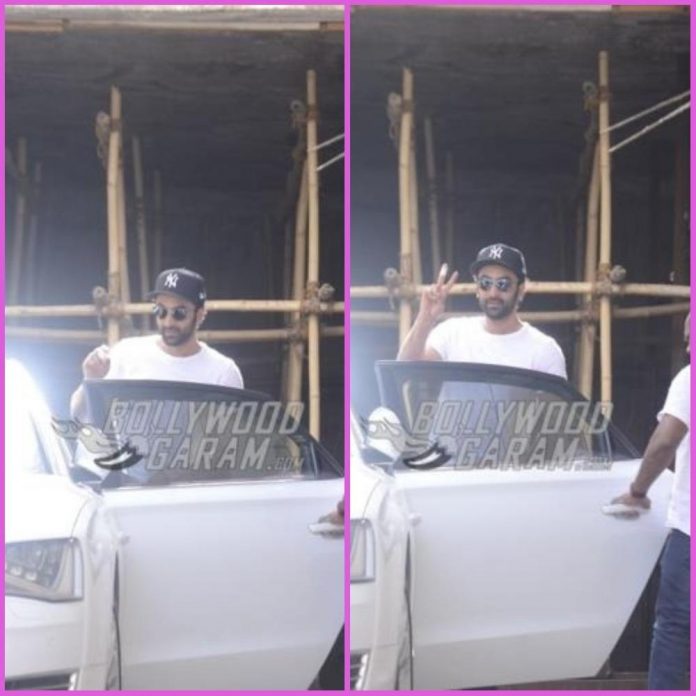 Ranbir Kapoor is one of the busiest actors in Bollywood and was snapped at a clinic in Mumbai on May 15, 2018. The Barfi actor was snapped as he stepped outside a clinic and was all smiles for the paparazzi.

Ranbir was snapped in a casual white t-shirt and blue track pants with a black cap and made his way in to his car. The Jagga Jasoos actor is currently looking forward for the upcoming film Sanju which is a biopic on the life of actor Sanjay Dutt. The film is expected to be released on June 29, 2018.

Ranbir has also been roped in for the upcoming film Shamshera by Karan Malhotra and will also star Vaani Kapoor. This is the first time Ranbir and Vaani have been paired and Sanjay Dutt will be seen playing a negative role in the upcoming Karan Malhotra flick.

Ranbir is also preparing for the upcoming film Brahmastra which also stars Alia Bhatt and is directed by Ayan Mukherji. The actor recently completed the Bulgaria schedule of the film.