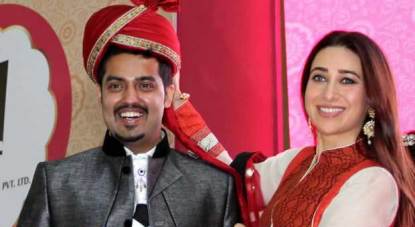 Bollywood actress Karisma Kapoor was recently spotted at the Vibrant Vivah Festival, which was held in Ahmedabad, Gujarat on September 11, 2013. The official Facebook page of the Tattavam fashion store posted the news of the event.

The statement on the social networking site mentioned that the presence of gorgeous Karisma Kapoor charmed up the event. For the event, Karisma wore an Indian outfit which was designed by Ekru by Ekta and Ruchira.

The actress has been away from the cameras in recent times, as she was dealing with separation from her husband. Kapoor – who is a mother of two children – appeared in several Bollywood movies in the past.