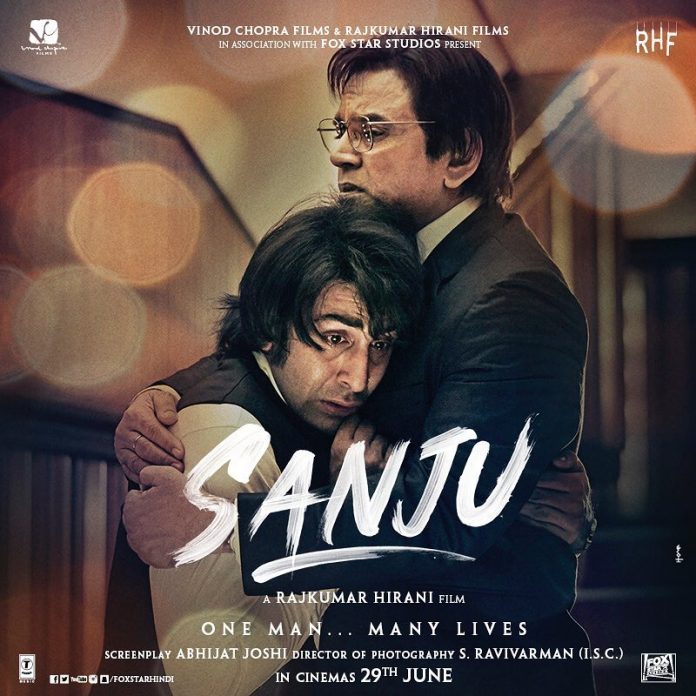 As the release date of Sanjay Dutt biopic Sanju fast approaches, the makers are unveiling the looks of the different characters in the film. The makers recently unveiled Sonam Kapoor’s look as Tina Munim and now another poster has shown Paresh Rawal as Sanjay Dutt’s father Sunil Dutt.

The new poster has shown Paresh Rawal as Sunil Dutt as he tries to protect son Sanjay Dutt played by Ranbir Kapoor. The poster has shown an emotional bond between the father and son duo. Ranbir in the poster can be seen vulnerable and worried. The poster was unveiled by director Rajkumar Hirani and wrote, “#sanju is a father-son story. Meet the father today – Paresh Rawal. Had fun working with him. #RanbirKapoor @VVCFilms @foxstarhindi @SirPareshRawal”.

The upcoming film also stars Anushka Sharma, Sonam Kapoor, Karishma Tanna, Manisha Koirala and others. Some of the recent reports said that Aamir Khan was approached by the makers for playing the role of Sunil Dutt but he had refused the role. To this Aamir in a recent media interaction clarified, “He [Rajkumar Hirani] approached me with the script and I loved it. I think he has written it beautifully, and he said ‘I want you to play Dutt saab’ role’. Dutt saab’s role is fantastic, BTW, when you watch the film you will see it is largely the film explores the relationship between a father and a son.”