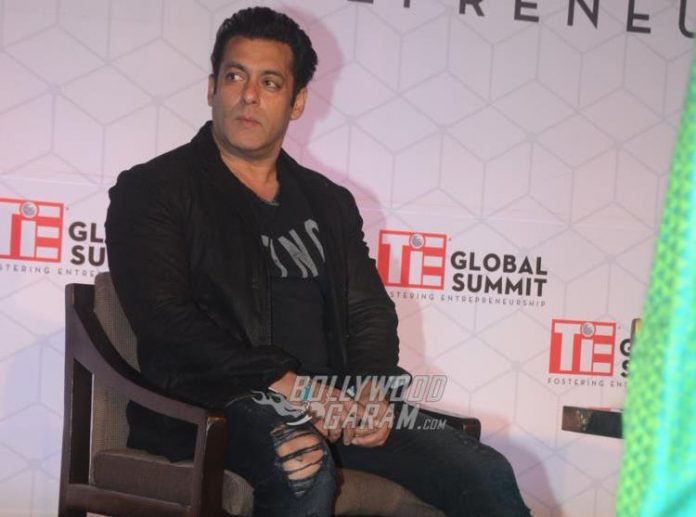 While the audience cannot wait for the upcoming film Race 3, lead actor Salman Khan has dropped the teaser of the signature song Allah Duhai Hai. While the upcoming Race film is expected to be exciting the new teaser has raised the curiosity of the audience.

The teaser has shown Salman Khan humming the lyrics, “Nashaa, Teraa, Nasha Tera Nashila Hai”. Salman looks dapper in a cool black shirt with a black leather jacket. The new track for Race 3 has been composed by JAM8 and the new lyrics have been penned down by Shabbir Ahmed and Shloke Lal.

The original song Allah Duhai Hai was composed by Pritam and the lyrics were written by Sameer. The new Race 3 song is crooned by Amit Mishra, Sriram Chandra and Jonita Gandhi. The song also has a rap performed and written by Raja Kumari.

The upcoming film Race 3 has an exciting cast including Salman Khan, Jacqueline Fernandez, Daisy Shah, Saqib Saleem, Bobby Deol, Anil Kapoor and others. The film has become even more exciting with Salman Khan on board and Remo D’Souza has helmed the film under the production of Salman Khan Films and Tips Films. Race 3 is ready to be released in theatres during Eid, 2018.