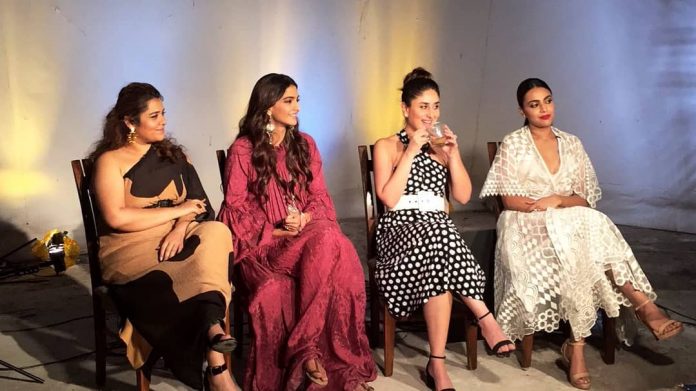 The much awaited film Veere Di Wedding is ready to be released in theatres on June 1, 2018. However, the film will not be released in Pakistan theatres. The film has been banned due to vulgarity, language as well as it theme. Reports said that the censor board in Pakistan had held a meeting where they watched the film and decided that it was not fit for screening in Pakistan.

The upcoming film is helmed by Shashanka Ghosh and is a story about the friendship between four women and their friendship is tested when one of them decided to get married. More reports had revealed that the members of the Central Board of Film Censors Islamabad were shocked by the content f the film.

The film was initially cleared with a few cuts by the Sindh and Punjab censor board but the clearance was later revoked. Veere Di Wedding stars Kareena Kapoor, Sonam Kapoor, Swara Bhaskar and Shikha Talsania in lead roles. The film is produced by Rhea Kapoor and Ekta Kapoor and will be released in India on June 1, with an adults only certificate.

VDW will also mark the return of Kareena Kapoor to films after the birth of her son Taimur Ali Khan. The actress worked hard to get back in shape.