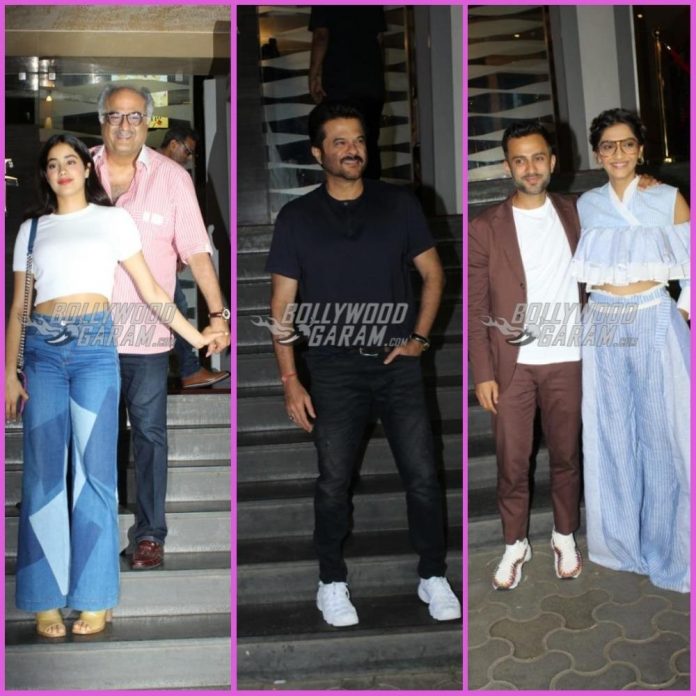 Celebrities from Bollywood attended the special screening of the upcoming film Veere Di Wedding held in Mumbai on May 30, 2018. The lead actors Kareena Kapoor, Sonam Kapoor, Swara Bhaskar and Shikha Talsania are busy promoting the film at various platforms. The screening event saw the presence of friends and colleagues of the lead actors and the makers of Veere Di Wedding.

Sonam was seen with husband Anand Ahuja and the two were all smiles and poses for the cameras. Janhvi was seen with father Boney Kapoor. The father and daughter duo looked great as they posed together. Veere Di Wedding is ready to be released in theatres on June 1, 2018.