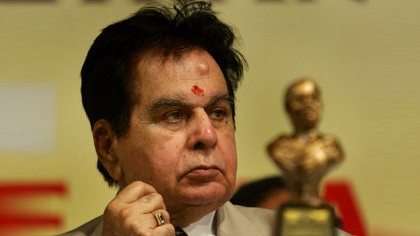 Veteran Bollywood actor Dilip Kumar was hospitalized at Lilavati Hospital in Mumbai on September 15, 2013. Reports said that the 90-year-old actor suffered a heart attack in the evening, after which he was rushed to the hospital.

Sources revealed that the actor complained of chest pain and breathlessness when he was admitted to the hospital. The ‘Naya Daur’ actor was immediately taken to the intensive care unit at around 9 pm. More reports stated that the famous actor suffered a massive heart attack of the inferior wall.

Dr Nitin Gokhale is currently observing the condition of Kumar. So far, the actor has not been put on a ventilator and is fully conscious.