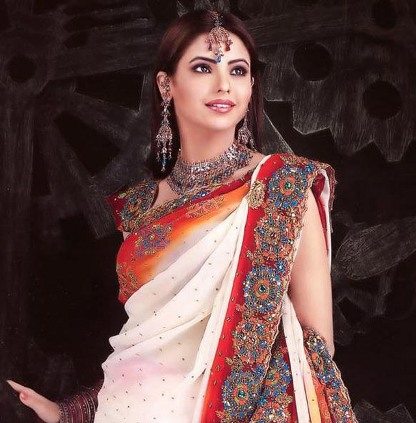 TV actress Aamna Shariff – who became popular with the TV series ‘Kahiin Toh Hoga’ – was recently engaged to the distributor-turned-producer Amit Kapoor. The couple got engaged in a low-key ceremony, which was attended by only a few guests and family members.

Amit and Aamna have been in a relationship for a year and the actress became popular due to the TV series ‘Kahiin Toh Hoga’. The actress was also seen in the series ‘Hongey Judaa Na Hum’, but the show ended due to poor ratings. Shariff previously dated Aftab Shivdasani, who was her co-star in ‘Aloo Chaat’.

Amit is the son of the producer Shabnam Kapoor who had launched the Bollywood superstar Shahrukh Khan.