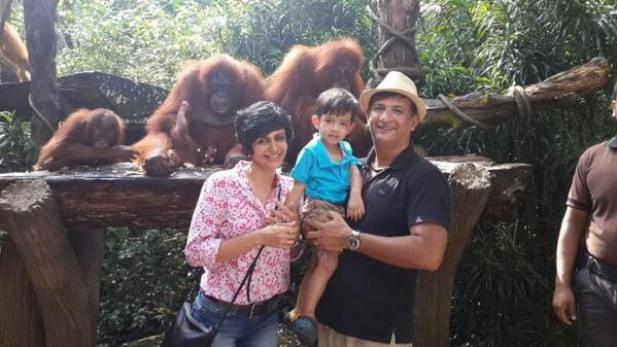 Bollywood is well-known for its unique promotions and lately, the industry members are turning to Singapore for movie promotions, apparel label launches, award functions and even luxurious holidays. The city is known for several attractions and is specifically known for shopping.

In recent times, actress Mandira Bedi was spotted on a family holiday in Singapore, along with her husband Raj Kaushal and their son. The pictures posted on Twitter showed the actress taking some time off to rejuvenate herself along with her family at the Singapore Zoo.

At the moment, there are rumors that Bollywood’s favorite star Hrithik Roshan will also be visiting Singapore soon. The ‘Krrish’ actor is expected to visit the city state later in September 2013. His upcoming, highly-anticipated movie ‘Krrish 3’ is all set to be released in November 2013.

The first movie was shot in Singapore in 2006, so the actor will make sure that he does not miss the city when he starts promoting the new flick. Hrithik has a huge fan following in India, as well as in Singapore. The movie also stars Priyanka Chopra, Vivek Oberoi and Kangana Ranaut in important roles.