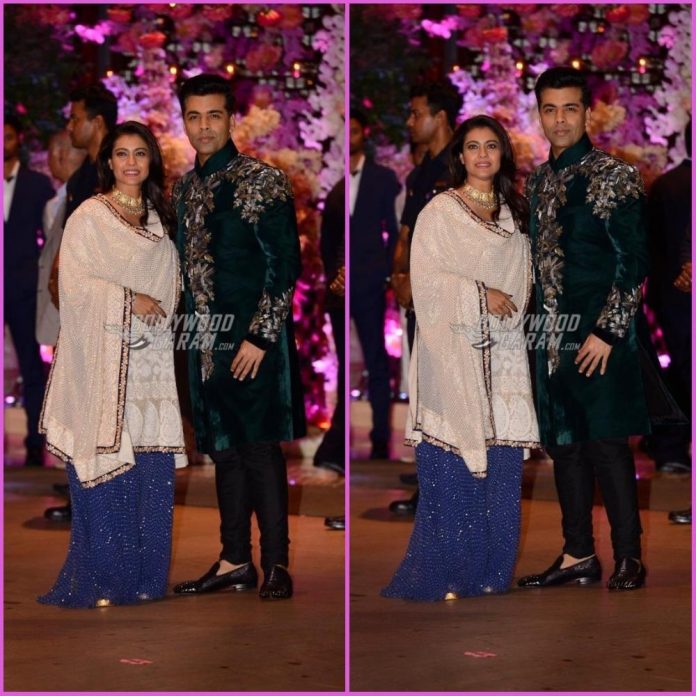 Karan Johar and Kajol had earlier made news for a few misunderstandings between the two. The stars had many times indirectly spoke about their differences in public and had indicated that their friendship would never renew. However, it seems like time works like a healer and things have got better between the two. The Dilwale actress took her Instagram account and shared a few adorable pictures of herself with Karan.

Karan and Kajol were heading to Akash Ambani and Shloka Mehta’s engagement bash held on June 30, 2018. One of the pictures had shown Kajol dressed in a pretty traditional outfit and captioned the image, “All suited up!”. Another picture had Kajol and Karan hugging each other and had the caption, “Smile beats pout every time !”

It was in 2016, the best friends of Bollywood were not in talking terms with each other when Ajay Devgn’s film Shivaay had clashed with Karan’s Ae Dil Hai Mushkil. However, it was Kajol who sent a message to Karan and invited him to her personal birthday bash.