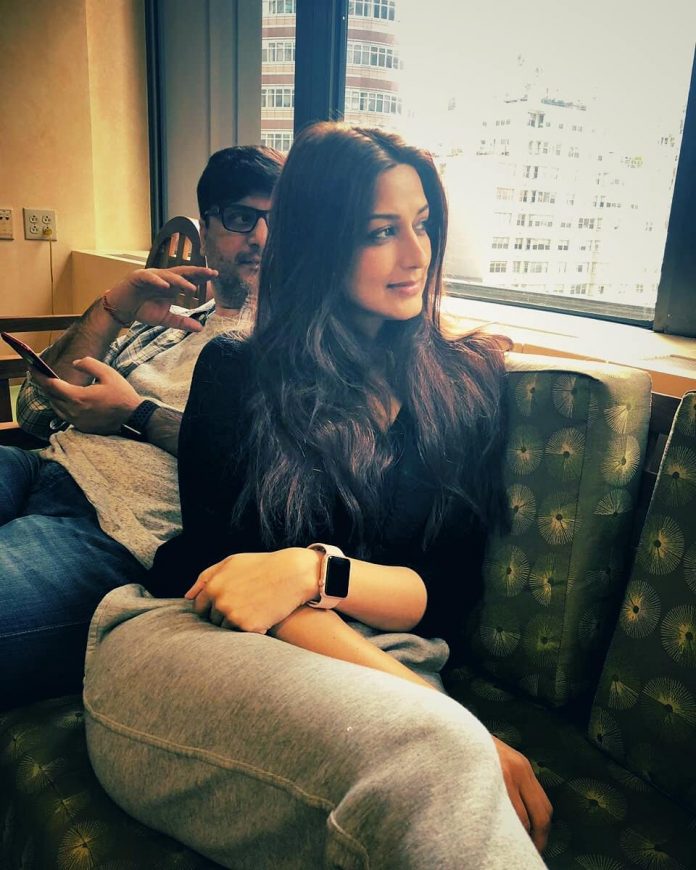 In some shocking news for the fans of Sonali Bendre, the actress has been detected with metastatic cancer and is currently in New York getting herself treated. Bendre released an official statement about her condition through her Twitter account.

The official statement by Sonali mentioned, “Sometimes, when you least expect it, life throws you a curveball. I have recently been diagnosed with a high grade cancer that has metastised, which we frankly did not see coming. A niggling pain led to some tests, which led to this unexpected diagnosis. My family and close friends have rallied around me, providing the best support system that anyone can ask for. I am very blessed and thankful for each of them.”

“There is no better way to tackle this, than to take swift and immediate action. And so, as advised by my doctors, I am currently undergoing a course of treatment in New York. We remain optimistic and I am determined to fight every step of the way. What has helped has been the immense outpouring of love and support I’ve received over the past few days, for which I am very grateful.”

“I’m taking this battle head on, knowing I have the strength of my family and friends behind me.”

On the work front, the actress was last seen in the film Once Upon A Time in Mumbai Dobaara! And is also the judge on the show India’s Best Dramebaaz. Sonali Bendre had also starred in the TV series Ajeeb Daastaan Hai Ye.