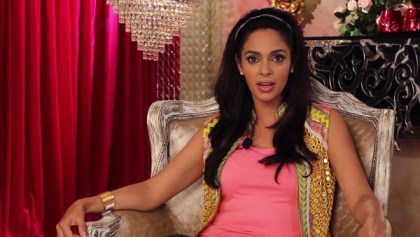 Modi turned 63 on Tuesday, September 17, 2013 and the sexy actress shared a YouTube video of her wish on the social networking site Twitter. The song was shared with her 1,083,621 followers on the micro-blogging site.

Before Sherawat started singing, she said, “I want to send a birthday wish to the most eligible bachelor of India.” Mallika will soon be seen in the upcoming dating show, ‘The Bachelorette India’.