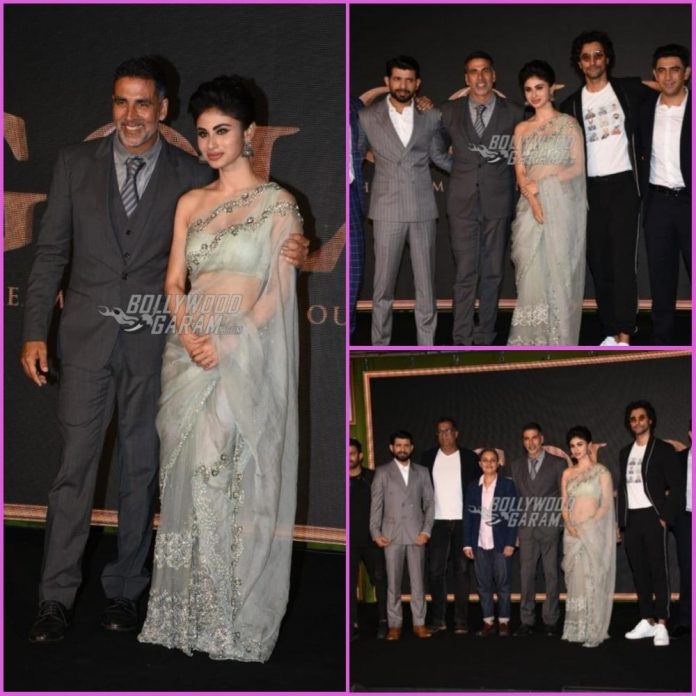 Lead actors Akshay Kumar and Mouni Roy of the upcoming film Gold launched the song Naino Ne Bandhi song from the film at an event in Mumbai on July 6, 2018. The film will mark the Bollywood debut of Mouni Roy and will be released in theatres on August 15, 2018.

The film Gold is set in the pre-Independence era. The story is about a young assistant manager Tapas Das while Mouni will be seen playing the role of his supportive wife. The film has been extensively shot in Patiala and London. The makers of the flick recently launched the trailer of the film which received a lot of appreciation from the audience.

Gold is directed by Reema Kagti and produced by Ritesh Sidhwani and Farhan Akhtar.