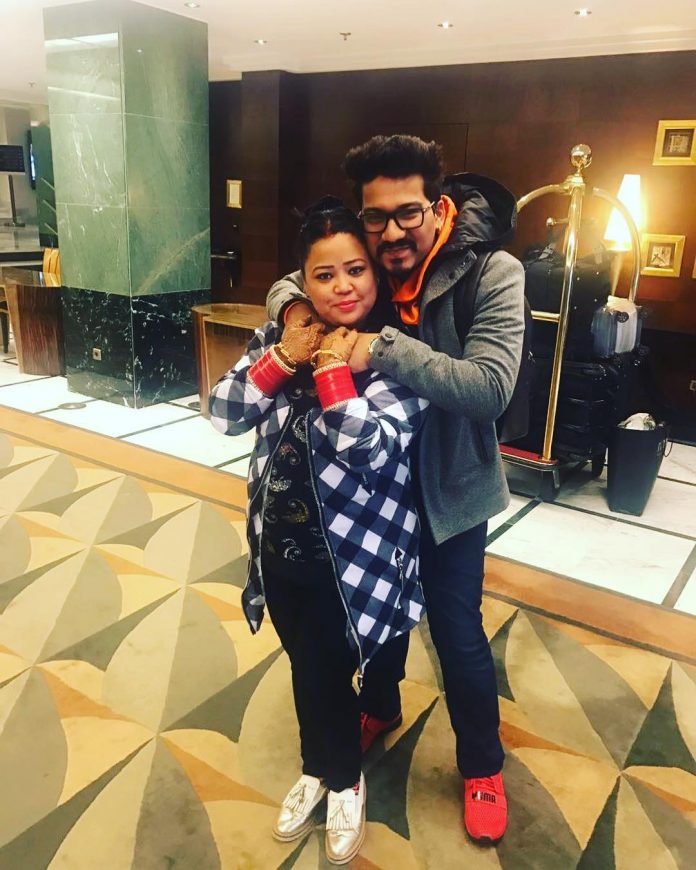 Celebrity couple Bharti Singh and Haarsh Limbachiyaa is one of the adorable couples in telly-ville. Their love story was made official when they got married in a lavish wedding ceremony in Goa on December 3, 2018. Comedy queen Bharti celebrated her first birthday post her wedding on July 3, 2018 and the actress got the most special gift from her husband Haarsh.

Haarsh made his wife Bharti’s day even more special when he inked Bharti’s name on his chest where the heart is. The script writer in an interview with a leading daily talked about his sweet gesture and said, “Bharti had told me that I should never get inked on my chest, but the joy of inking her name and surprising her inspired me to go ahead. She was extremely touched and happy.”

While talking about how the couple spent the day Bharti said, “We spent quality time together. Haarsh always surprises me and after getting himself tattooed, he took me to Lonavala, away from the public glare. It’s great when people recognise you, but it deprives you of privacy. So, we felt that it was important to have a quiet celebration rather than having a huge party.”

Haarsh Limbachiyaa and Bharti are at present having a few fitness goals for this year. The script writer while talking about their goals said that they realized that it is important for them to be fit and so they decided to dedicate the year 2018 to fitness.