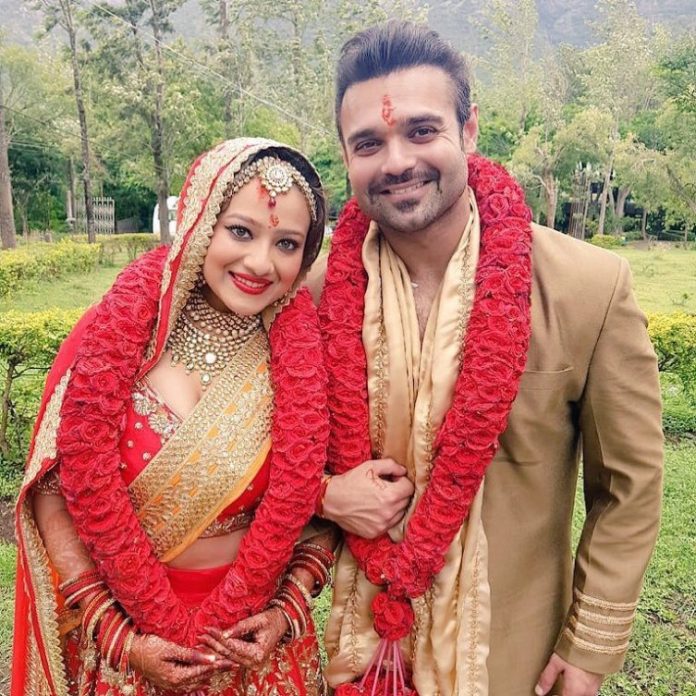 Amidst controversies, Mithun Chakraborty’s son Mahaakshay Chakraborty got married to Madalsa Sharma. Some of the earlier reports had claimed that the actor was expected to get married on July 7, 2018, but the wedding was cancelled after he was accused of raping and cheating a woman. The reports further added that a few investigating officers had arrived at the wedding venue to investigate on the case and the bride’s family had left the place.

However, Mahaakshay’s Instagram account has a different story to tell. A picture has been posted with Mahaakshay and his bride Madalsa happily posing for a picture. The Instagram picture has shown Mahaakshay posing in a golden sherwani with his bride who looks pretty in a red lehenga.

About the case, the Delhi court had ordered to register an FIR after a woman had complained of rape and forceful abortion. After the order, Mahaakshay and his mother Yogita Bali had approached the Bombay High Court to seek pre-arrest bail till the time they approach the court in Delhi.

The Lawyer of the complainant had said that she had known Mahaakshay for four years and had even got their horoscopes matched with a promise of marriage. The woman still wants to get married to Mahaakshay but the Chakraborty family is not ready to accept her.