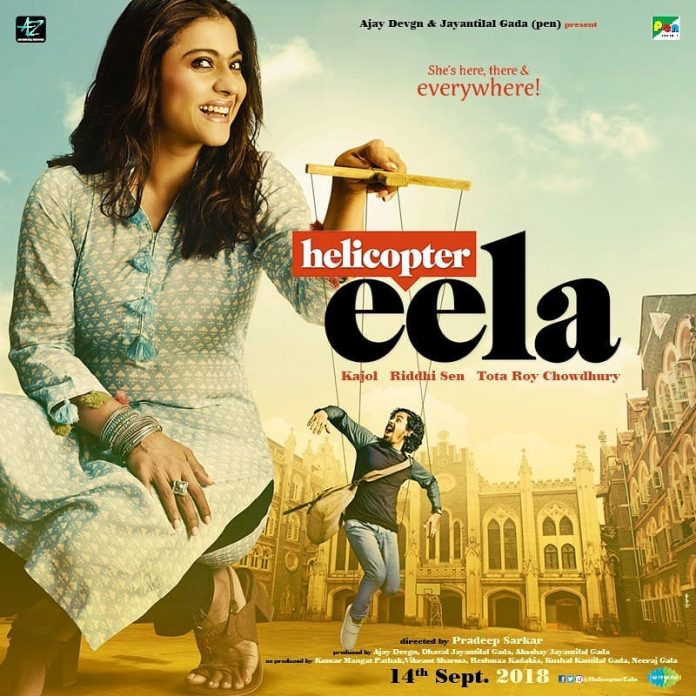 Kajol and Ajay Devgn have dropped a new poster of their upcoming film Helicopter Eela. The film has been in news since the time it was announced. The poster has shown Kajol’s look from the film. The makers of the flick unveiled the first poster of the film which had just shown Kajol’s hand, who has made her son a puppet.

The new poster has shown Kajol giving a devilish smile as she makes her on-screen son played by Riddhi Sen, a puppet and taking control of his life. The new poster was posted by Kajol who captioned, “Holding on to my baby be like…. #MotherlyLove #HelicopterEela #14thSept @ajaydevgn @HelicopterEela @pradeepsrkar #SirshaRay @riddhisen896 @ADFfilms @jayantilalgada @saregamaglobal”

Kajol in the film will be seen playing the role of a single mother and an aspiring singer. The actress while talking about the film in an earlier interview said that she had liked the script and the lines and also liked the character of Eela who is a single mother.