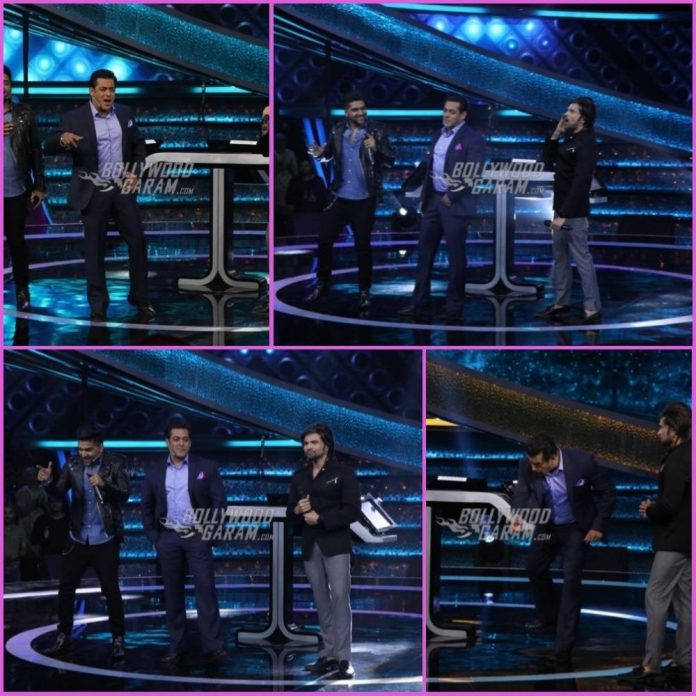 Bollywood star Salman Khan is back to Mumbai after performing at the Dabangg Tour. Without wasting any time, the actor is back to the shoots and is currently wrapping a few episodes of the reality game show Dus Ka Dum. Singers Guru Randhawa and Himesh Reshamiya shot for a special episode for the game show.

Apart from the participants of the show, celebrity guests keep visiting to keep up the spirit. Pictures show that Himesh and Guru had a great time with the host Salman. The singers showed off their singing talent in front of the audience. The episode is surely going to be a treat for the audience.

Salman is close to Guru as well as Himesh and it was the Dabangg star who had given Himesh his first break in the film Pyaar Kiya Toh Darna Kya. Later Himesh composed songs for many films featuring Salman Khan including Prem Ratan Dhan Payo, Bodyguard, Tere Naam, Maine Pyaar Kyun Kiya, Bandhan, Hello and more.

On the work front, Salman was last seen in the film Race 3 and will soon be seen in a cameo appearance in the film Zero.