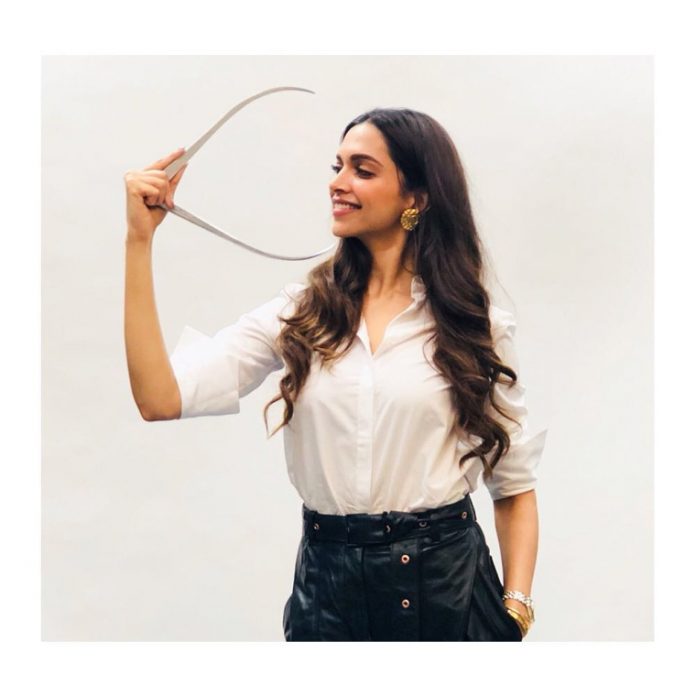 Deepika Padukone and Shahid Kapoor are next in the line to be a part of the prestigious Madame Tussauds Wax Museum. The wax figures of Deepika and Shahid will be immortalized at the Madame Tussauds museum in London and in Delhi. The Bajirao Mastani actress is currently in London for the measurements of her wax figure. Deepika also shared a few fun pictures of her measurement session on social media.

Deepika Padukone also announced the news to her fans through a Facebook interaction. On the other hand Deepika’s Padmaavat co-star Shahid Kapoor also shared a few pictures on his social media account. The Jab We Met star posted a picture of himself and captioned it, “Keep an eye out. Coming soon.” Shahid in the picture can be seen posing with an eye ball. It is not clear if Shahid’s wax statue will be placed in the Delhi museum or in London. The Delhi museum has wax statues of the celebrities like Virat Kohli, Shah Rukh Khan, Asha Bhosle and others.

Anushka Sharma was the one who recently got immortalized at the Madame Tussauds Singapore. Even Karan Johar and Diljit Dosanjh announced that they will get wax statue at the popular museum. On the work from, Shahid is preparing for the upcoming film Batti Gul Meter Chalu which also stars Shraddha Kapoor and Yami Gautam.