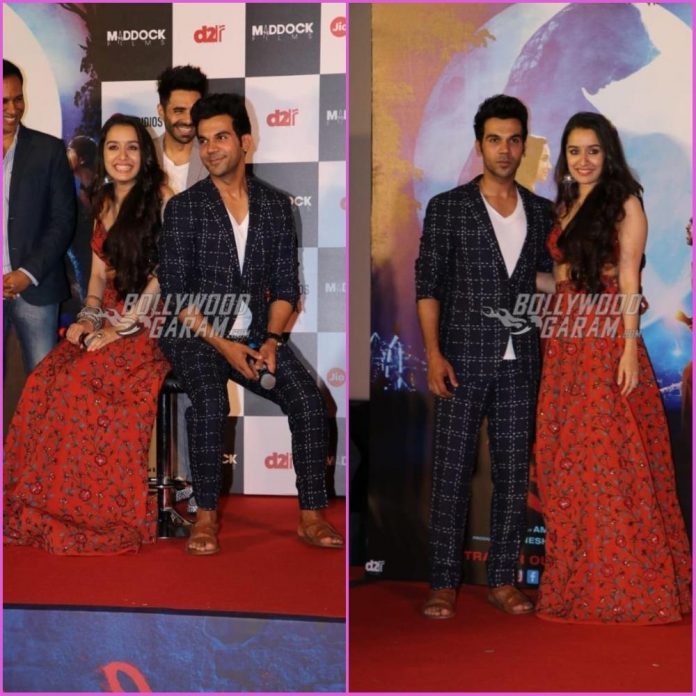 Makers of the upcoming film Stree have introduced a unique combination of horror and comedy. The official trailer of Stree has been launched at an event in Mumbai on July 26, 2018.

With Rajkummar Rao and Shraddha Kapoor in lead roles, the film indeed looks promising. The trailer begins with the introduction of a female ghost in a small town while the atmosphere is made intense with screams and shouts. Then begins the comic introduction of Rajkummar Rao, who plays the role of a small town boy Vicky, who is love with Shraddha Kapoor’s character. But he does not know that she is not an ordinary girl, but a witch.

The trailer is filled with comedy, horror, fun and darkness that keeps the audience hooked till the end. Shraddha Kapoor promisingly looks spooky and her chemistry with Rajkummar Rao is fresh and commendable.

The film is based on the Indian urban legend Nale Ba, a witch who knocks on people’s door at night. Stree also stars Pankaj Tripathi and is directed by Amar Kaushik. The film is ready to be released in theatres on August 31, 2018.