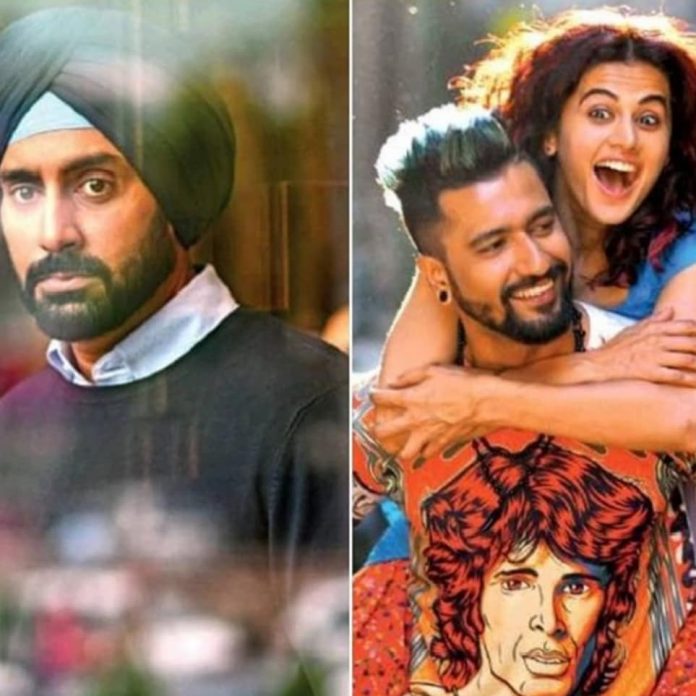 Filmmaker Anurag Kashyap is once again ready to collaborate with Aanand L Rai for the upcoming film Manmarziyan. The makers of the film had earlier announced September 21, as the release date but it has now been pre-poned to September 14, 2018. The film stars Abhishek Bachchan, Taapsee Pannua nd Vicky Kaushal in the lead roles.

Taapsee in a recent interview talked about the film and said that it “is a beautiful mix of the different worlds of filmmakers Aanand L Rai and Anurag Kashyap.” This will be the first time Abhishek will be seen collaborating with Taapsee and Vicky for a film. Abhishek will be seen romancing Taapse and will also be shooting for a romantic scene in snowfall in Kashmir. Some of the recent reports have said that a snowfall sequence has to be shot while some portions will be shot in Delhi.

The project Manmarziyan has been going on since a long time and the initial cast of the film was Bhumi Pednekar and Ayushmann Khurrana in the lead and was being helmed by Sameer Arya. Later Ashwini Iyer Tiwari was brought in for direction but later Anurag Kashyap was finalized and will be produced by Aanand L Rai. Abhishek was last seen in the film Housefull 3 which was released in 2016.