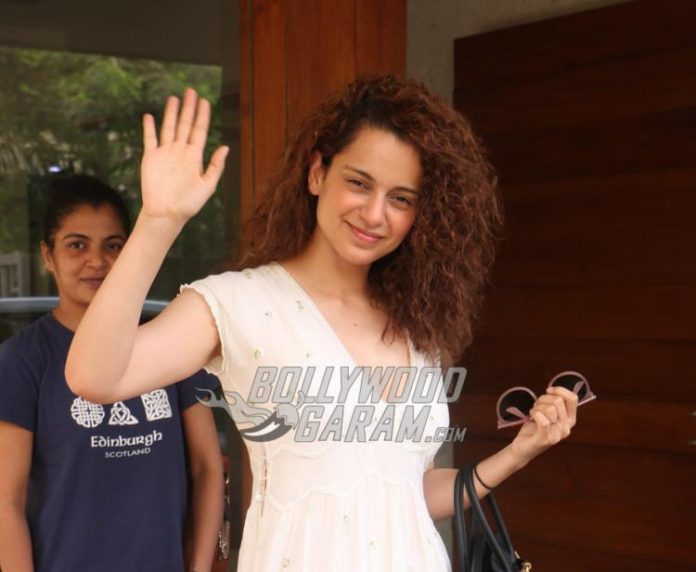 Ranaut added that she is “excited and very happy”. The Queen actress walked the ramp at the Vogue Beauty Awards 2018 where she was asked by the media about her earlier comment that she was upset with Priyanka to which the actress said, “I spoke to Priyanka the other day and I congratulated her. She responded in a very… She seems excited and very happy. If such an event is taking place, I’d love to celebrate with her because she is lovely and she deserves all the happiness. She is a very dear friend. I get very happy and excited with weddings and engagements”.

Earlier director Ali Abbas had tweeted about Priyanka’s exit from the film Bharat. The tweet from the director had also speculated about Priyanka and Nick’s engagement who said, “Yes Priyanka Chopra is no more part of @Bharat_TheFilm & and the reason is very very special, she told us in the Nick of time about her decision and we are very happy for her … Team Bharat wishes @priyankachopra loads of love & happiness for life.” A few hours later, another popular magazine also confirmed about the news of their engagement. But so far Priyanka and Nick have not commented or confirmed.