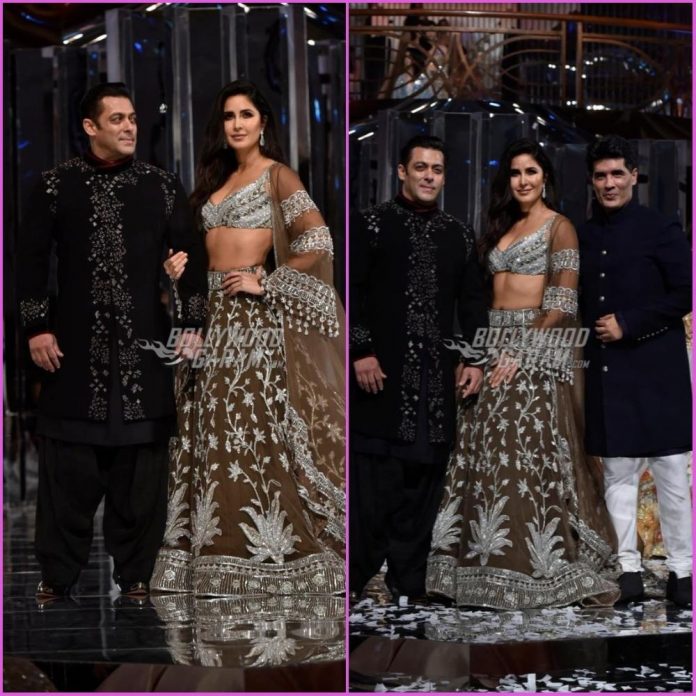 Former couple Salman Khan and Katrina Kaif might have parted ways long back but have always remained in a cordial relationship. The superstars turned showstoppers for designer Manish Malhotra at the show Zween in Mumbai on August 1, 2018. This was the first time Salman Khan walked the ramp for Manish while he showed off his Persian collection.

Katrina has earlier collaborated with the designer. Salman Khan looked dapper in a black sherwani with detailed embroidery while Katrina looked gorgeous in a beige lehenga with silver embroidery with a cape. Katrina and Salman looked gorgeous together as they walked the ramp while the audience cheered them.

The two also posed with designer Manish. The fashion event saw Khushi Kapoor, Janhvi Kapoor, Sara Ali Khan, Athiya Shetty, Sonal Chauhan, Ishaan Khatter, Kriti Kharbanda, Kim Sharma and others who came to cheer the designer. Manish in an interview said that he roped in Katrina to be his muse as she fit for a Middle Eastern look and that she embodies soft feminity and grace. The designer added that Salman was his team’s instant choice as he has a magnetic presence.