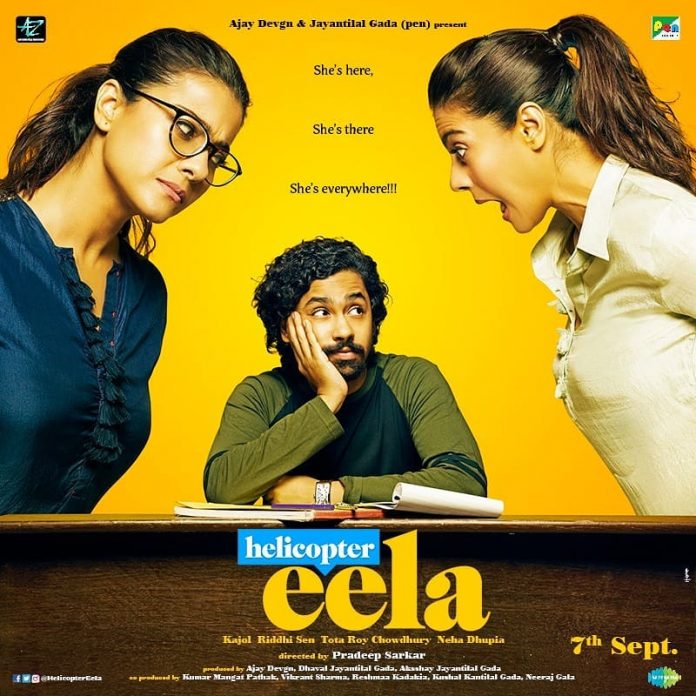 Kajol is all set to be seen in the upcoming flick Helicopter Eela in which she will be seen playing the role of a single mother. The actress in recent times has been sharing some interesting posters. Kajol shared a new poster on August 3, 2018 and has also announced the release date of the trailer of Helicopter Eela.

The new poster also has Riddhi Sen who is seen looking at Kajol and has a fed up expression. The poster has the text, “She’s here, She’s there, She’s everywhere!!!” Kajol shared the news poster on her Instagram page. The trailer of Helicopter Eela will be out on August 5, 2018 which will also mark her 44th birthday. Kajol captioned the poster, “Countdown has begun….. two days to go for my b’day and @helicoptereela trailer. I’m gonna have my cake and eat it tooo. Have a bite with me!! #5Aug #Sunday #Funday”

The film is directed by Pradeep Sarkar and is produced by Ajay Devgn and is ready to be released in theatres on September 7, 2018.