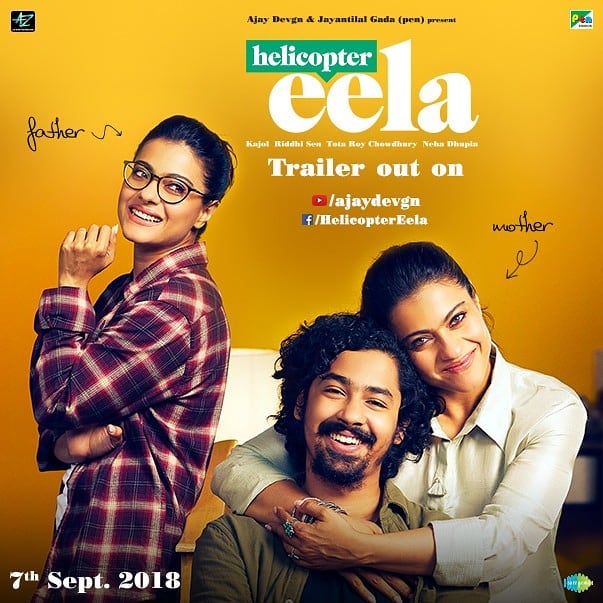 Official trailer of the much awaited flick Helicopter Eela has been released on August 5, 2018. The film has Kajol in the lead role as a single mother, who is also a successful singer. The trailer has shown Kajol as a mother of her teenage son played by Riddhi Sen and decided to complete her education and joins her son’s college.

There are also a few glimpses of Eela’s past where she is seen as a successful singer with a loving husband and is having the best time with a loving family. The entire trailer is filled with mixed emotions as well as funny moments.

Riddhi Sen will be seen playing Kajol’s on-screen son who has recently won the National Film Award for Best Actor in 2018. During the trailer launch, Sen was all praises for Kajol and said, “Kajol has an amazing sense of humour. She’s an amazing human being.” Helicopter Eela is all set to be released in theatres on September 8, 2018.