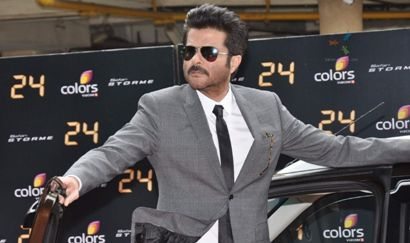 BollywoodGaram.com: The much-awaited show of Anil Kapoor – ‘24 India’ – has been launched in the country. Bollywood stars like Anil Kapoor, Shabana Azmi, Anupam Kher, Tisca Chopra and Mandira Bedi were seen at the launch of the new series.

The series is directed by Abhinay Deo, the script is written by Rensil D’silva and it is produced by Anil Kapoor Films. The show is all set to have its debut in October 2013 and it is a drama series, which is based on the American show of the same name.

The Hindi version of 24 is the first-ever adaptation of the show and the rights for the Indian version were bought from Fox and 24’s producer Howard Gordon by Anil Kapoor Films.