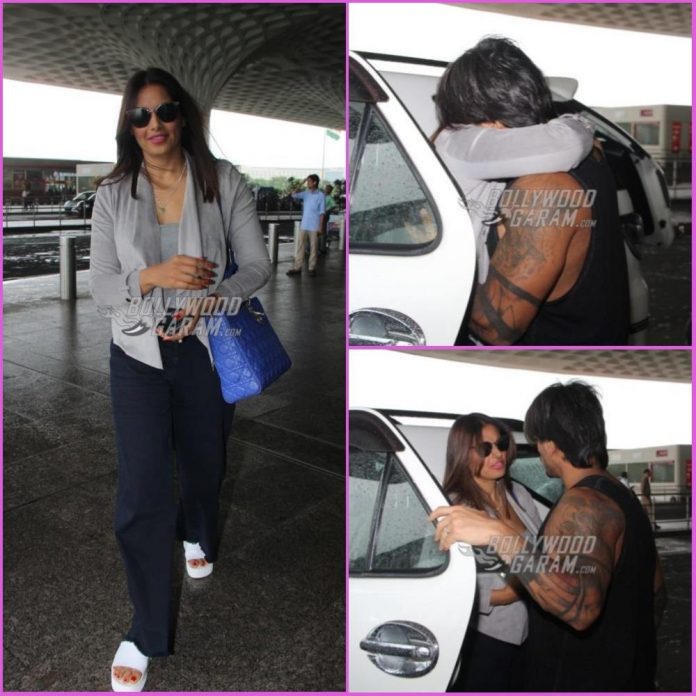 Karan was seen hugging Bipasha as she got down the car. The Alone actress looked pretty in a navy blue wide legged pants, grey tank top and a matching jacket and completed her look with a blue bag and a pair of reflective sunglasses.

Bipasha has been away from films since about three years and was last seen in the film Alone in 2015. The actress came close to Karan while they were shooting for the film Alone. The couple had a fairytale wedding in traditional Bengali style and the ceremony was attended by the Who’s Who of Bollywood. The attendees of the wedding included the Bachchan family, Shah Rukh Khan, Dino Morea, Sanjay Dutt, Ranbir Kapoor, Sushmita Sen, Bobby Deol, Shamita Shetty, Riteish Deshmukh and others.