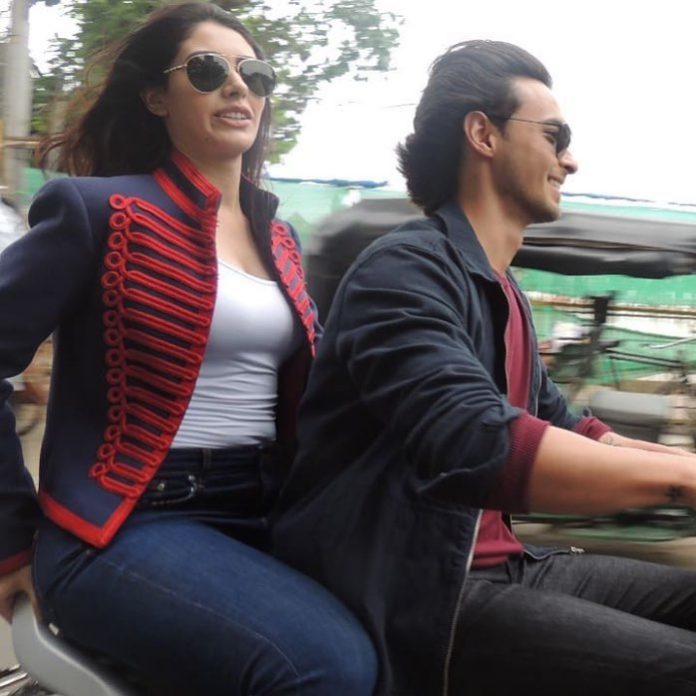 Salman Khan’s brother-in-law Aayush Sharma is all set to make his debut in Bollywood with the film Loveratri. After unveiling the official trailer lead actors Aayush Sharma and Warina Hussain have kick started the promotions in full swing. However, there are a few roads bumps that they have already come across. The actors were taking a bike ride on the streets of Vadodara and were fined for riding without a helmet in the city.

Fans of the actors had flocked on the streets to catch a glimpse of the stars. Reports from a leading daily said that the actors were fined Rs 100 each as penalty. The report further added that the Vadodara Police had arrived at their hotel late in the night to issue the memos to the actors. Assistant Commissioner of Police Amita Vanani said, “We sent cops to issue memo to both the actors at their hotel. They are celebrities and hence they should understand their responsibilities and follow traffic laws”.

The pictures of the actors had gone viral and the social media was flooded with messages and this forced the cops to take an action. Meanwhile, Loveratri trailer has set the right mood for the upcoming festival of Navratri. The love story of the characters of Aayush and Warina is set at the backdrop of Gujarat during the festival of Navratri.
The film is ready to be released in theatres on October 5, 2018.