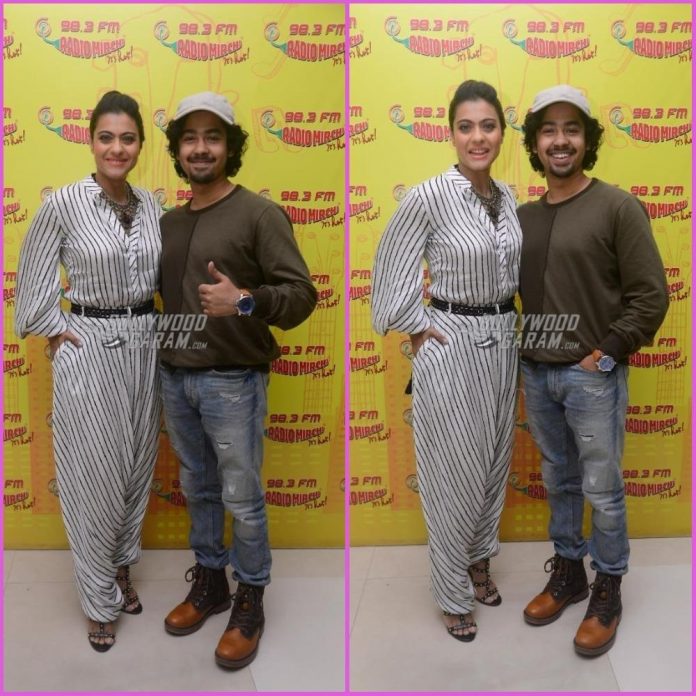 Kajol and co-star Riddhi Sen are busy promoting their upcoming flick Helicopter Eela. The actors landed at Radio Mirchi Studios on August 21, 2018. Kajol was away from films to look after her children Nysa and Yug. The actress returned to films with the film Dilwale which also starred Shah Rukh Khan and then appeared in a Tamil film VIP 2.

Kajol looked pretty in a striped jumpsuit while Riddhi looked trendy in a pullover and a pair of denims. The actors are working hard for promoting the film at various platforms. The film is based on the Gujarati play Beta, Kaagdo written by Anand Gandhi and is ready to be released in theatres on September 7, 2018. Helicopter Eela also stars Tota Roy Chowdhury, Neha Dhupia, Shataf Figar, Atul Kulkarni and Mukesh Rishi.