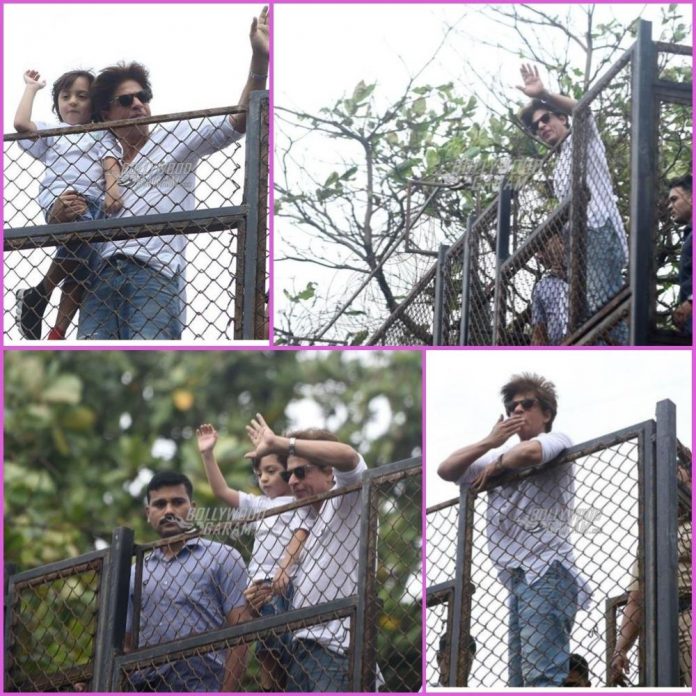 Going by the tradition, Shah Rukh Khan wished his fans on Eid outside his residence at Mannat in Mumbai on August 22, 2018. As always, the actor was accompanied by his youngest son AbRam.

Shah Rukh and AbRam twinned in a white t-shirt and blue denims and were all waves for the fans and the paparazzi. The Dilwale actor was seen surrounded by his security entourage.

Zero is produced by Gauri Khan, Aanand L Rai and Karuna Badwal. The film will also mark the last screen appearance of the actress Sridevi who passed away in February 2018. Zero is due to hit the theatres on December 21, 2018.